BLU has constantly been getting our attention with their relatively cheap smartphones. On Wednesday, BLU introduced a new line of smartphones that are running Android that look to continue being cheap and being great devices for the price. The DASH series aren't going to blow our minds away, but they are plenty affordable.

There are three phones making up the DASH series. There's the DASH Jr., DASH MUSIC 4.0 and DASH MUSIC 5.0. The DASH Jr starts at $49.00 unlocked and comes with a 1GHz processor, a 3.5-inch HVGA display, 1000mAh battery, and just 512MB of RAM. It's actually running Android 2.3 Gingerbread. So like we said, it's not gonna blow you away. But when your buying a phone for $50 off contract, and unlocked, what do you expect? 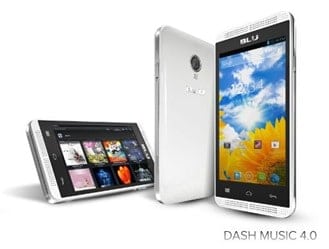 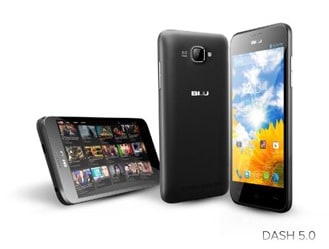 These aren't the best devices, but the definitely are affordable, and if you're someone that just wants a phone that works and doesn't want to pay $600 for a new phone, BLU should definitely be on your list. They have some other devices too, some that are more high-end, and from what we've heard they are pretty usable as well. I see these as being very useful to first-time smartphone owners, or older people like our parents or grandparents. I mean, where else can you get an unlocked phone for $50? Pretty much no where. Good on BLU, and I hope they continue what they're doing

How many of you would buy one of these phones for your kids or maybe even your parents? Let us know in the comments below.