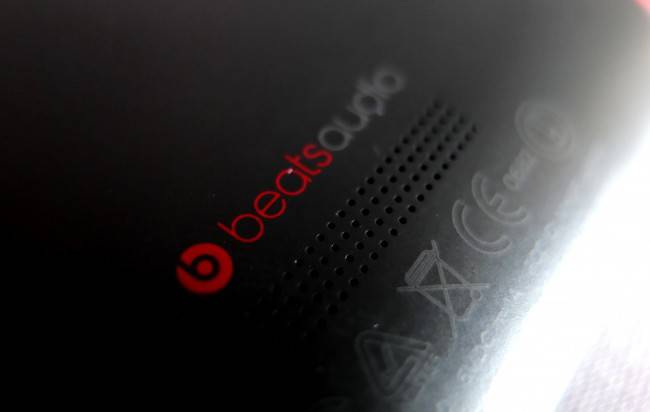 If you've bought an Android device in the last 2 years or so from HTC, you've probably noticed the above logo on your Android device. That's a photo of my One X and we all know that "Beats Audio" is far more than just another logo adorning HTC devices. In a nutshell, Beats Audio promises to offer better audio performance than regular smartphones. Whether or not you accept that, is up to you. Regardless of how you feel about Beats Audio, it has been a part of HTC's admittedly limited marketing for some years now. However, the partnership is clearly not going too well, as the Wall Street Journal is reporting that Beats Electronics is looking to buy out HTC's remaining share of the company.

HTC bought a 50.1% share of Beats way back in 2011 for $300 Million however, they recently sold 25% of that back to the company for $150 Million, last summer. It's no secret that HTC aren't doing fantastically right now and it's this that led HTC to sell back 25% to Beats last summer, for arguably much less than it was worth, considering Beats' explosive growth as of late. Now though, it looks like Beats is looking to kick HTC out of the club altogether and buy out the remaining 25% share.

HTC started off the partnership by shipping Beats earbuds with their devices but, this didn't last due to costs however the branding continued. In fact, Beats Audio is a large part of what makes the HTC One, the HTC One. While BoomSound is essentially the combination of two speakers, it relies on technology from Beats to get the quality sound out in such high volumes.

It's unclear at this point whether or not HTC intends to sell their remaining share and if such a sale would amount to the absence of Beats Audio in future HTC devices. Many of you have often steered clear of praising Beats Audio so we're interested to see whether or not losing Beats Audio would be a big deal for HTC or not? Let us know in the comments.