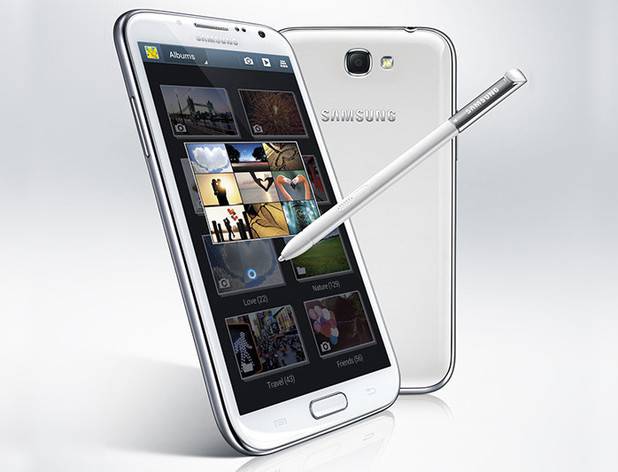 The Samsung Galaxy Note III is set to be announced on September 4th at an Unpacked Event in Berlin, Germany. We have seen quite a few leaked images of the device, but nothing that is confirmed. All of the images we have seen so far show us a black slab device with rectangular corners. That's about it.

We have another look at Samsung's next large-screen smartphone, courtesy of German blog Webtrak. This time we get a good look at the back of the device and the battery. We can see the microSD card slot and the micro SIM card slot as well. The blurry-cam photo is too fuzzy to make out the battery size, unfortunately. 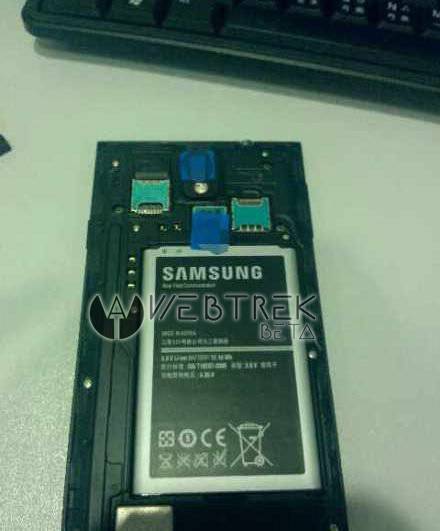 This looks like the other leaked images we've seen before. The battery size should be at least 3,100 mAh in size. The Samsung Galaxy Note II has a 3,100 mAh battery and we can't imagine Samsung is going to take a step back on that. A device with a screen this size will need a battery this big to make it through the day. The screen is rumored at 5.99 inches, and it have a resolution of 1920 x 1080. Full HD 1080p displays will eat up a battery.

We're a little confused about why the leakster who got this shot, and any of the previously leaked photos, didn't get us a clearer picture. Maybe one of the front of the device. They could have even turned the phone on. We don't know why they couldn't provide us with more, but we'll take what we can get.

These leaked images don't look like anything that Samsung has released in the Galaxy line of devices. The squared-off corners and rectangular shape don't fit with Samsung's style. We can only assume that the device is a pre-release model, or that it's in some kind of a case to hide the design. Samsung has been tricky about leaks and hiding devices in the past.

The Galaxy Note III is expected to come with the latest high-end specs:

We're definitely excited to see what Samsung unveils as the successor to the Note II. We'll have more in a few weeks at IFA. Is the Note III going to be your next device?