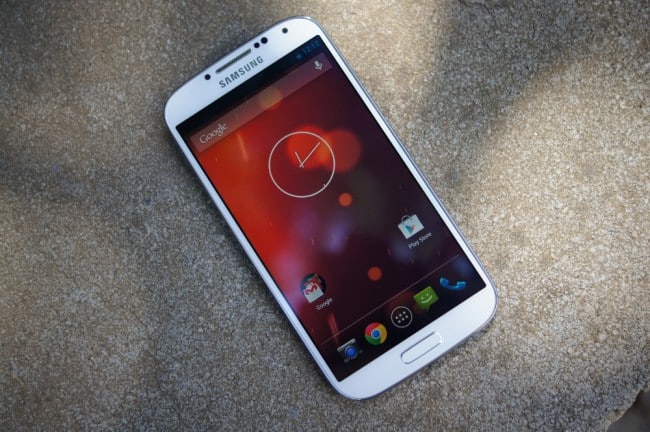 We all know that Google Play edition devices are a strange breed for now, they’re stock Android phones but with a few additions specific to every device, Google sells the devices but they don’t handle updates, which are provided by the OEMs. These phones lack the full set of features that their skinned counterparts do, such as IR blasters and camera features.

For these devices to work correctly, OEMs have to take the Android code and add the correct drivers for the hardware to be fully functional but things might be overlooked when these updates happen. As Android Central noted, this seems to be what happened with the new Android 4.3 update for the Samsung Galaxy S4 GPe which broke compatibility with the SD card and now most apps can’t write to it and just give you an error. We don’t know exactly what happened, either this was an honest mistake or maybe this is the way Google intended to happen, but the fact is that it’s an issue for some people, specially since the SGS4 sold at the Play Store it’s the 16GB version. We do know that Google doesn’t like SD cards so they probably don’t put anything for it in the stock Android code and it’s something that Samsung has to add.

The technical reason for this issue has to do with Group IDs in Unix and apps aren’t given the correct permissions to write to the SD card or any kind of external storage.

Luckily, there’s a workaround for this and you can fix it yourself if you’re rooted, all you have to do is find the platform.xml file located in /system/etc/permissions/ and add a line of code which is shown in the picture below, it’s line 71 and it’s highlighted. Just modify the file on your phone or download the file, add the line and push it back. What this does is tell the system that the media_rw group is allows to write to the SD card.

If you’re not rooted and don’t want to do it, ES File Explorer still works correctly and you can use it to move files to the SD card by hand. For some reason, ES File Explorer is in the correct group, meaning that there has to be a way for apps to function correctly, so maybe this was the way intended to work and Google wants the apps to work in a certain way, maybe this is part of the new security stuff added to Android 4.3 so apps have to ask permission in a certain way.

Either Google has to fix this through a future update or apps will have to update themselves to work in this new way of accessing the SD card. Hopefully apps will regain the usual functionality soon without a need for workarounds.