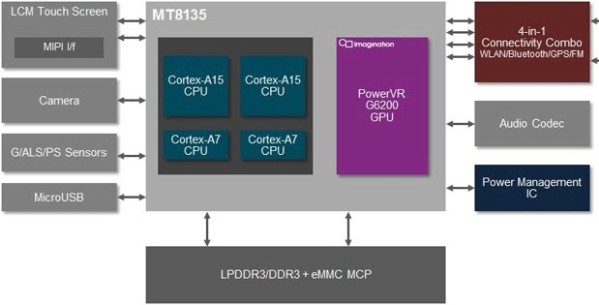 Now hang on a second. I thought the Kindle Fire was already a "low cost" tablet? Well it sounds like Amazon is about to enter the market with an even lower cost tablet come Q1 next year. At least according to a new report.

This report claims that the new "low cost" Kindle Fire would be sporting a MediaTek chipset, which MediaTek's chips are normally pretty cheap and you find them in devices like the Lenovo IdeaTab A1000 and Acer Iconia B1, both of which I reviewed recently. If this does turn out to be true, it's going to be a huge win for the Taiwan-based chip maker. As Amazon normally sells a boatload of Kindle Fire's, probably more than the Nexus 7. But then again, Google never releases sale numbers on their Nexus products. So we're left estimating.

In terms of brand recognition, MediaTek landing an order for the Kindle Fire is going to be big for the chip maker. But which chipset will be used? Well reports are pointing at the MT8135 which is based on ARM's big.LITTLE architecture. Which is just like the design of Samsung's Exynos 5 Octa processor that's present in the international version of the Galaxy S4. And expected to be in the Galaxy Note 3. Except with the MT8135 we're dealing with 4 cores. So we've got two Cortex-A15 cores along with two Cortex-A7 cores. So the two clusters will switch depending on what you're doing with your device to save battery, but keep performance up.

Amazon usually sells around 2 million tablets each quarter, which would boost MediaTek significantly. And with Amazon building an even lower cost Kindle Fire, I expect that number to be even higher. Soon, we may see another chip maker competing with Samsung/Exynos, Qualcomm and NVIDIA. But who knows. Whould you buy an even lower cost Kindle Fire with a MediaTek MT8135 chip inside?