As with the previous incarnations in the Galaxy Note franchise, the Note III will have one of the largest screens of any smart phone on the market. Samsung is also expected to pack the phone with some of the best hardware available on the market. We expect this phone to have;

Based on early leaked photographs, we do not expect the screen size to increase over the previous generations. It should have a very similar look and feel as the Galaxy Note II with the exception of the updated internal components. Samsung has again decided to retain the combination of capacitive and physical buttons that they have become known for lately. The phone will also likely come in your choice of colors which includes Black, White and Pink. 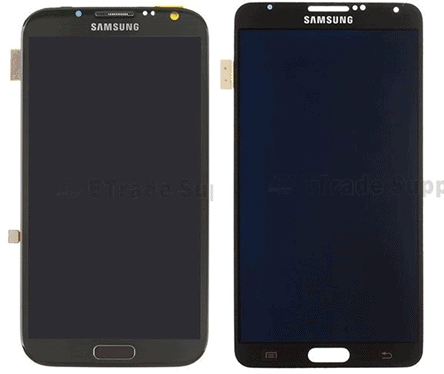 This phone is expected to ship with Android 4.3 Jelly Bean out of the box with a hefty helping of Samsung’s TouchWiz UI. It is safe to assume that the Note III will support split screen applications to allow users to make the most of the screen real estate by running more than one application simultaneously. The Note III will likely contain many of the software enhancements found in the Galaxy S4 including Smart Stay, S-Beam and Pop up play.

The official unveiling will be taking place on September 4th, in Berlin Germany with the phone expected to hit retail shelves on September 27th. Who is brave enough to fill their oversized pockets with this new behemoth?