Either this leak is talking about Tegra 4i, and calling it Tegra 4, or we maybe actually see a smartphones with Tegra 4 this year, and the ZTE U988S may be one of the very first to use it, along with the Xiaomi Mi3.

The phone is supposed to have a 1.8 Ghz Tegra 4 processor that scores about the same as the Snapdragon S800, and will come with a 1080p 5" screen,  2 GB of RAM, 13 MP rear camera and a 2 MP front cam, microSD card slot, and will be 9mm thick. It will apparently arrive with only Android 4.2.1, which is pretty strange, considering Android 4.2.2 arrived last year. Either ZTE is behind a lot with the software development for this, or there may be some bug in Android 4.2.2 that they don't like.

Still, the Tegra 4 chip in phones seems very interesting, and I tend to believe it's true because Tegra 4 is basically clocked at 1.8-1.9 Ghz, while Tegra 4i is supposed to be clocked at 2.3 Ghz. The reason this surprises me is because Nvidia gave every indication that Tegra 4 is meant for tablets (or at least they never mentioned it was going to be used for smartphones, too), while they promoted Tegra 4i as a smartphone chip, especially since it was going to have an integrated (soft) LTE modem. 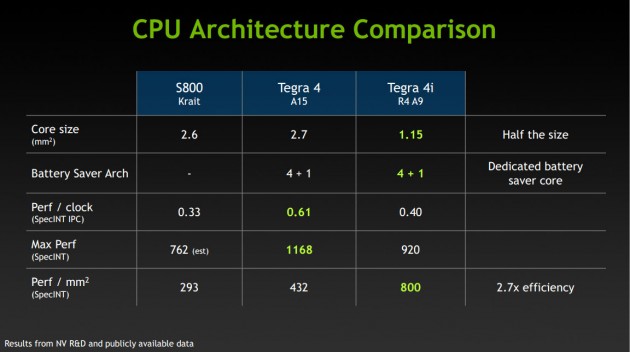 It also seemed that Tegra 4 was optimized for performance, while Tegra 4i was optimized for efficiency. So I'm curious to see how well these smartphones will do in battery tests, because I still don't see how it could be as efficient as the competition. Even Samsung clocked its Cortex A15 cores at  only 1.6 Ghz, although to be fair, these Tegra 4 phones aren't going to be released for a while, so that leaves time for further optimization, and it should be possible to add a higher clock speed without adding extra power consumption.

The good news is that this is going to perform very well for its clock speed, and will rival any other smartphone chip out there. It's a sign that ZTE wants to move into the high-end of the market, although I'm not sure if the leaked phone image above portrays a phone of very high quality, too. If ZTE wants to compete at the high-end, it will need more than just good performance. It will also need a high quality build, and a great screen, and it remains to be seen if that's the case when it will be released.