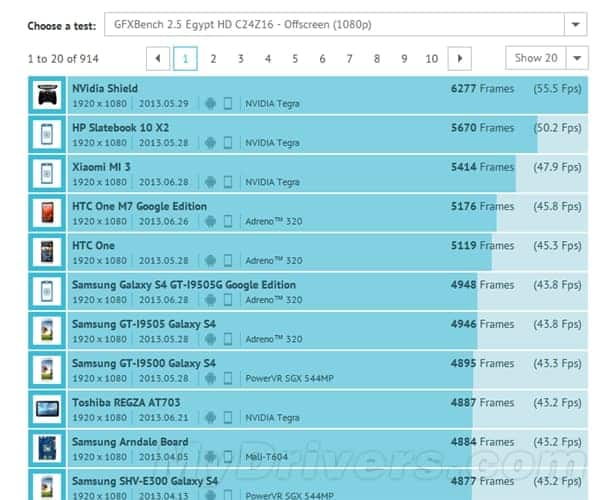 Another one of China's OEMs Xiaomi, has been selling phones like crazy. Not quite to Samsung's extent, since they sell boatloads throughout the world and Xiaomi is mostly in China. But they still sell a ton. In fact, the company is working on their Mi3 device which has just been benchmarked on GFX Bench and shows some pretty impressive numbers.

Not that we should be surprised by the benchmarks since the device is running a 1.8GHz Tegra 4 processor along with Android 4.2.2 and a full HD (1920×1080) display. It's a pretty powerful device.

For those of you that are unaware of GFX Benchmark, it measures graphic performance on phones and tablets which allows for comparisons between models. The Mi3 was benchmarked on June 28th and is currently sitting at the top of the leaderboard. It finished just ahead of the HTC One Google Play Edition, which just launched on June 26th and is shipping beginning tomorrow. It also topped both the Exynos 5 Octa and Snapdragon 600-based Galaxy S4. Which is a pretty big feat in of itself. 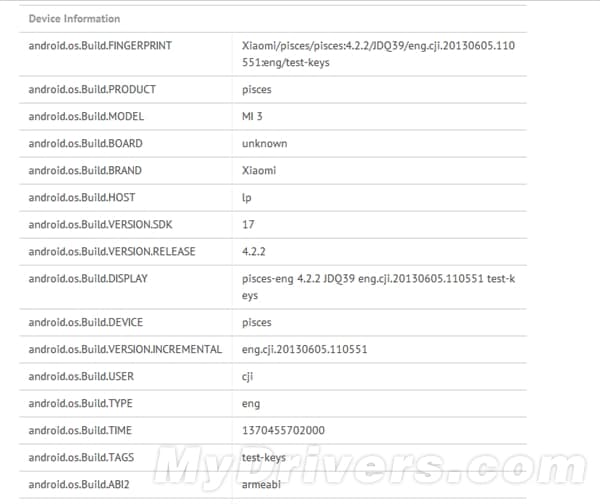 More than likely the Xiaomi Mi3 will be only available in China and surrounding markets. So, unfortunately, we probably won't see it here in the US or even Europe. Xiaomi is one OEM I really wish could make a splash here in the US. Their Mi series of phones have been pretty highly spec'd and very successful. It'll also, probably, be the first Tegra 4-powered Android phone. Since we already have the Shield from NVIDIA, and HP has a Slatebook coming out with the Tegra 4 onboard. This would be our first look at it in a phone. Let's hope it performs better than the Tegra 3 inside the HTC One X from 2012.

How many of you would love to see Xiaomi make a push into the rest of the world? Let us know in the comments down below.