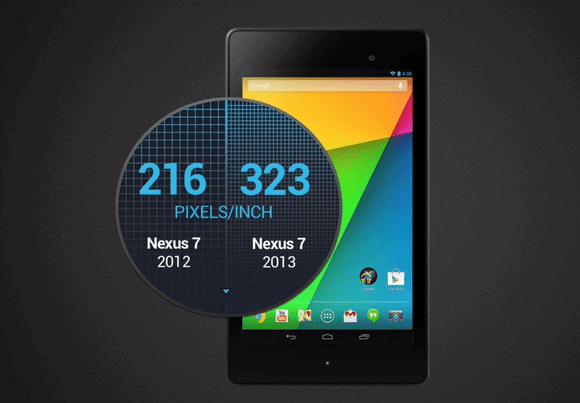 Imagine a time before the Nexus 4 and Nexus 10 were official. And we were hearing tons of rumors of both devices each day. That was when the new Nexus 7 began to take shape. It's always interesting to me to see how devices come into existence. I've been in this industry for a few years now, and I've learned over the years that it takes close to a year for a phone to be made and launch.

According to AllThingsD, the new Nexus 7 project began back in October and continued all the way up until last week. Which isn't all that surprising to me. The device had it's side bezels shrunk almost in half. But the original new Nexus 7 had a wider bezel and was always planned to have a 7-inch full HD (1080p) display along with a faster processor. ASUS and Google also wanted to have the tablet skinner and smaller than the original one was, which launched last year. The chairman at ASUS, Jonney Shih, said that he was very pleased with the final product. But on the other hand, the chairman did feel bad that some of his employees had to face some hardships long the way. One of his employees almost had to move his wedding date back, while another had to travel extensively following the birth of a new child, according to AllThingsD.

Additionally, ASUS had to deal with a new supplier, Japan Display for the 1080p displays in the new Nexus 7. Which meant constant check-ups on the firm to be sure everything was running smoothly. Shih explained that Japan Display was the best supplier for a tablet with a thinner screen and awesome battery performance which was placed in the Nexus 7 (2013).

So we're assuming that Google is already working on the next new Nexus 7, since it does take some time to create a device. We've heard rumors of the device being made by LG next year instead of ASUS. Now that's a rumor that will probably be heard many more times between now and the launch date, sometime next year.