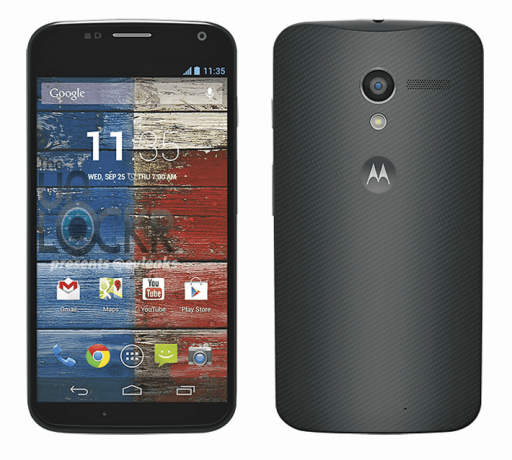 Anyone who follows Android Headlines know that we love rooting for the underdogs. The underdogs like HTC, and Motorola are what keep Samsung on their toes and bringing us awesome devices. Now the Moto X has been hyped for almost a year now. The device is going to be made here in the US, actually in Texas, and is going to be "designed by you" whatever that really means.

Motorola is set to officially announce the Moto X on August 1st in NYC. Which we'll be covering like usual. The device is also set to be shipping to carriers in August, but at this time T-Mobile is not yet on board to carry the device. Which is kind of bad news, especially for me and a lot of our followers on Google+. I was really hoping the Moto X would come to T-Mobile and be my Galaxy S3 upgrade.

9to5Google is also reporting from their leaker that the price for the Moto X is going to be $300 unsubsidized, so here's to hoping the unlocked version will work on T-Mobile's network. Which it should in theory. They are also hearing that color options are going to be limited at launch to White, Black and a few others. Personally, I have my eyes set on the Moto X in White. There is a rumor that the Moto X will be available in over 25 colors. So it looks like some colors won't be available at launch. The device will also be customizable with different backplates and even engravings. I'm still hoping we can customize the size of the battery.