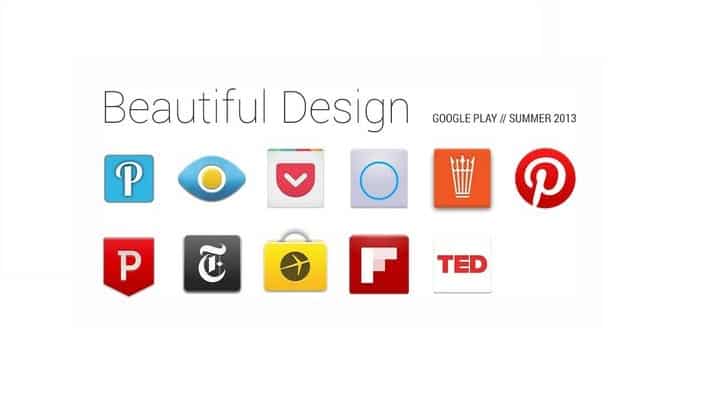 Ever wonder what makes an app beautiful? Well, apparently the Android Design Team has the answer for us:

"Attention to detail makes an app truly beautiful: transitions are fast and clear, layout and typography are crisp and meaningful, and design touches that delight you in surprising ways are sprinkled throughout."

In light of that information, the Android Design Team has launched a new app collection for Google Play that showcases some of the most beautiful and visually stunning apps. It's called the "Beautiful Design Summer 2013 Collection," and it "highlights 11 beautiful apps with these kinds of masterfully crafted design details."

They're encouraging aspiring developers to take a look, so that hopefully we'll see a lot more apps out there using the same approach in terms of style.

"If you're an Android developer, make sure to play with some of these apps to get a sense for the types of design details that can separate good apps from great ones."

You can check out the link to the collection on your desktop, or you can always open Google Play on your Android device to find it showcased under the "beautiful design" app focus. The Android team also featured a post about it on the Android Developers Blog. 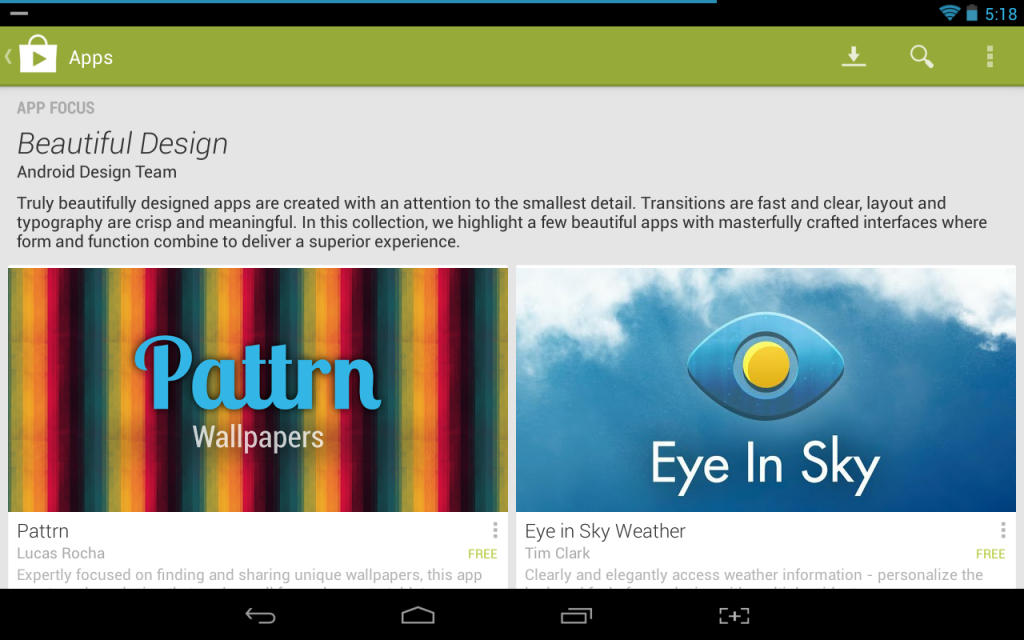 So what apps are included in the collection? Here's the full list:

It seems like the new focus is general design, and these apps aren't the only ones using the beloved design approach that the Android Design Team has so openly discussed above. It's obvious that a lot of the stock Google apps have been getting a more visually appealing design lately. Even the Google Play store was just redesigned shortly after Google I/O. Could this be a new focus for the entire platform?

Have you used any of the apps mentioned above? What do you think of them in terms of design? Are they truly beautiful or have you found better? Do you have any personal recommendations to make for visually stunning apps?