When it comes to Toshiba and tablets, we’d forgive you for forgetting that they actually make Android tablets because they’ve been absent for some time now and let’s just say that they’re older attempts, have left the market, unimpressed. Well, they’re back with a sneak attack of sorts, as Android Police is reporting, packing a high payload with Nvidia’s Tegra 4 chip. The Excite Pro and Excite Write are two powerful tablets that Toshiba has snuck on to the market through Best Buy and Amazon with no fanfare at all. 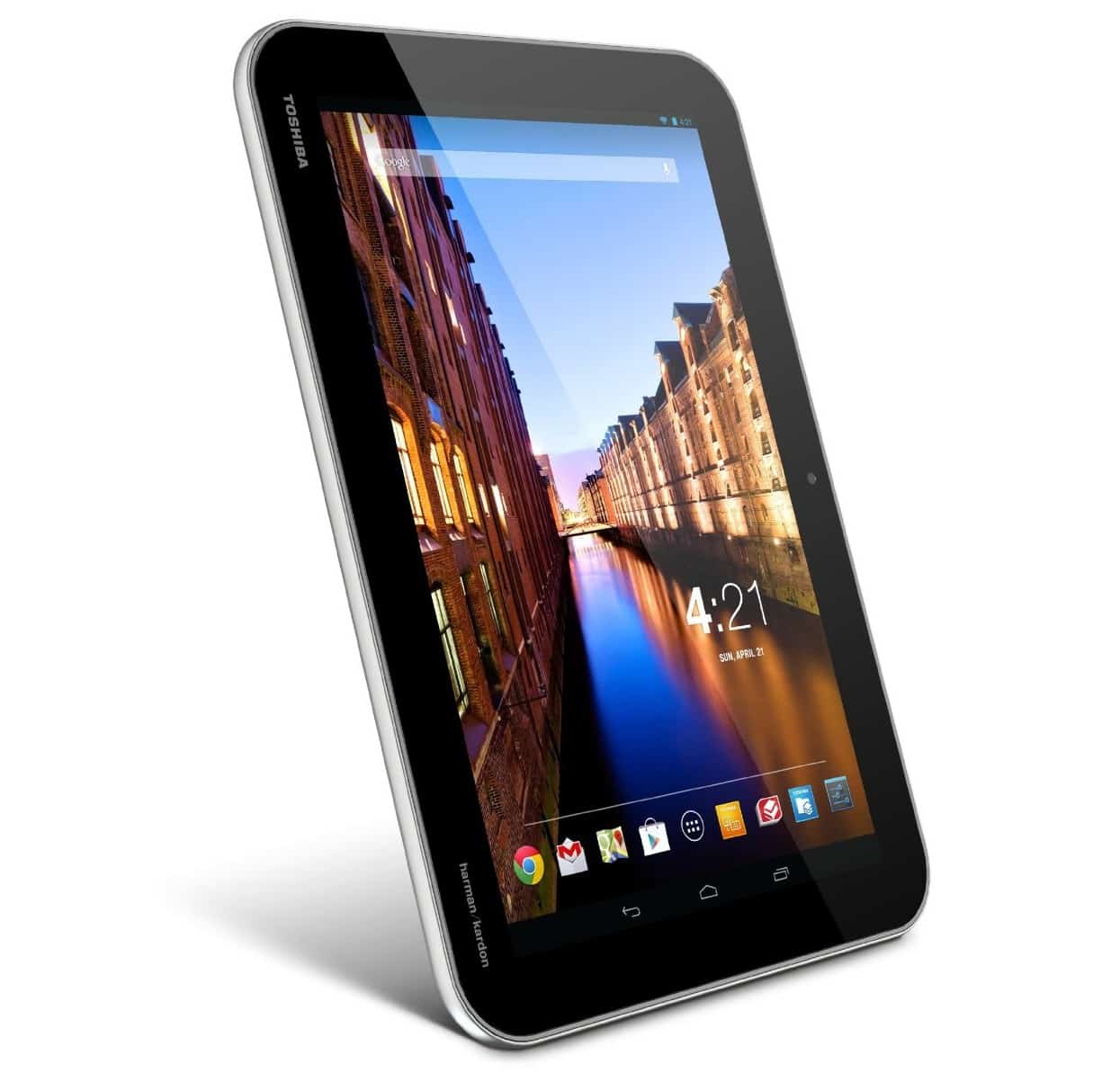 The Excite Pro as you can see above retails for $499.99 at both Best Buy and Amazon with 32GB of storage. You’re probably interested in specs, right? Well take a look below for the rundown. 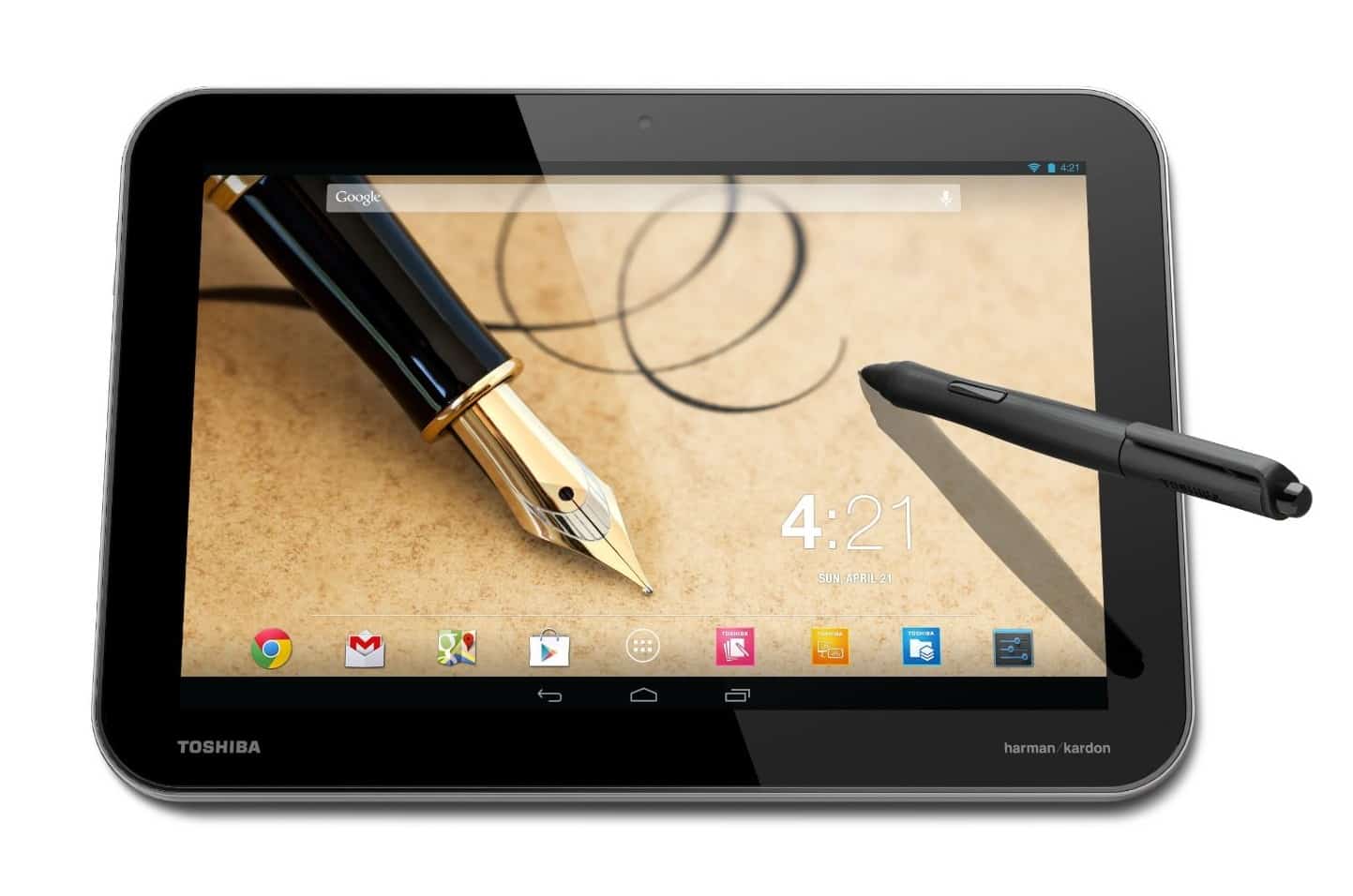 The Excite Write is pretty much the exact same tablet as the Excite Pro but, as you guessed it – this guy has stylus support. The Write comes with an active digitiser for support for styli and the price goes up to $599.99, again this is available at both Amazon and Best Buy. The specs are nearly identical to the Excite Pro but, here they are again: 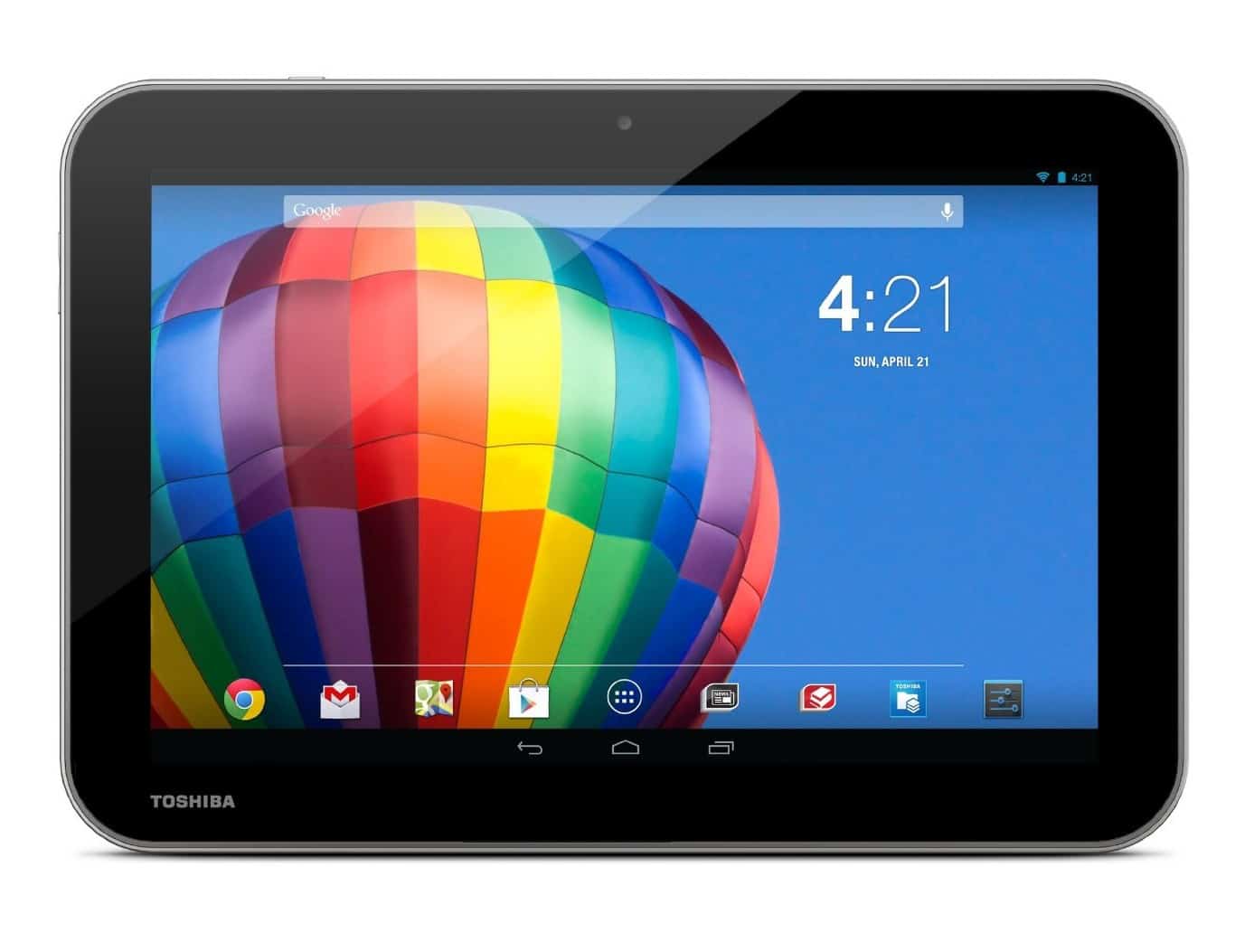 The Excite Pure is coming along for the ride as well it would seem, which is a decidedly mid-range affair that packs last year’s Tegra 3 inside and a much less impressive display. It is however, pretty cheap at just $250 (only at Amazon), again available at both Amazon and Best Buy. Let’s take a look at the specs for this one, shall we?

So, overall not a bad set of tablets to come from Toshiba, these may have launched a little out of the blue but, there’s nothing wrong with that, we can understand why Toshiba didn’t want to spend the cash on marketing. The brilliant display of the Excite Pro and Tegra 4 make for a great combination but, $500 for a tablet is a pretty high asking price, even if it is going to be faster than most other tablets on the market right now. Let us know in the comments if you’re thinking about getting one – or if you’ve already hit that buy button!