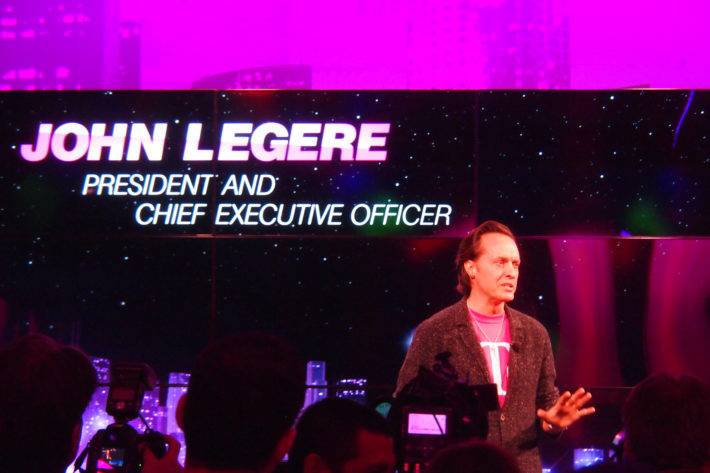 Tomorrow, T-Mobile is set to hold an event where they are announcing phase 2 of the UNcarrier strategy. CNET has hinted that they were considering a "club" for "anytime upgrades."

This club would require a membership fee would allow you to have a maximum of two upgrades per year. But it's unclear as to whether the membership fee would be monthly or yearly. Looking at the image above, it appears it might be monthly. For that monthly fee, customers would get insurance on their device, along with their two annual upgrades. This is just one of many ideas T-Mobile's CEO John Legere has with the new UNcarrier model.

"We're going to innovate in this space," Legere told CNET. "This model will allow us to do that."

Many of you already know that the cycle of smartphones vastly outpaces the cycle of contracts and when upgrades are available. Heck, some phones released in 2012 aren't even going to get another update, and most people are not even half way through their contract. This is definitely something that T-Mobile's competitors like AT&T and Verizon are going to hate. This could be one of T-Mobile's "boldest moves ever" lets hope they unveil this upgrade club tomorrow.

"Today is laying a foundation that's going to allow us to innovate in ways that our competitors, with their older style business models, just aren't able to do," T-Mobile Chief Marketing Officer Mike Sievert told CNET.

Back in late February, T-Mobile did a survey with a group of customers about new upgrade policies.

"Imagine if T-Mobile offered an option to upgrade as often as you wanted by paying the same phone price that is offered to new customers. This program would be available to customers who 1) pay a monthly fee, and 2) trade-in their current phone."

I don't know about the rest of the T-Mobile users and customers out there, but I'd love an upgrade club that would allow me to have two upgrades per year and pay the same price as new customers. Let us know in the comments below what you think T-Mobile has in store for tomorrow.