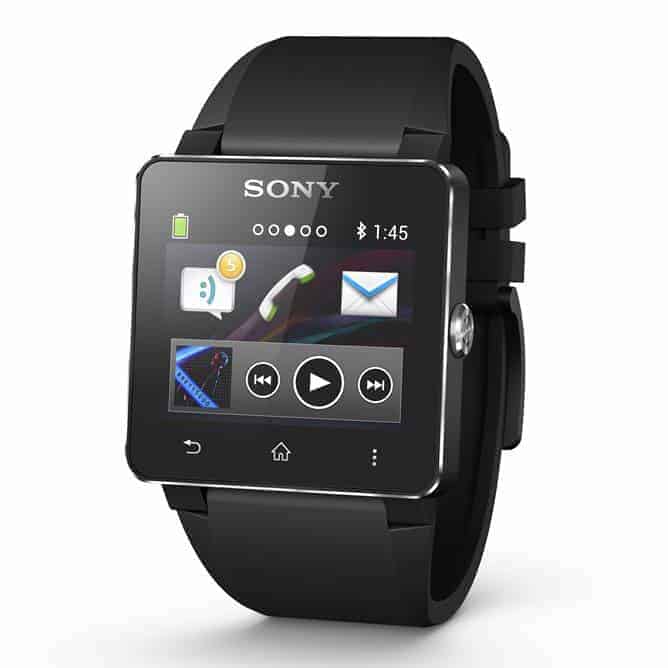 Regardless of how you feel about Smartwatches, and whether or not they actually serve a purpose, they're here to stay. That might be a strange thing to say considering there is only a few of them on the market but, it's clear that smartwatches are popular enough for big guys like Sony to take the sector seriously. Sony's Smartwatch 2 certainly looks like an impressive go at the market, and we hope that Sony will be able to offer more than enough utilities and apps to show why such a watch might be useful in the first place.

Contrasted against the Pebble watch, the Smartwatch 2 comes with a full touchscreen, as well as the familiar three Android buttons and the UI looks like something you'd find on one of their smartphones. Sony are promising that there will be a whole host of applications and utilities to download when the watch launches, and that that selection is only set to grow. Of course, what most people are going to be using this for is notifications and glanceable information, like widgets and snippets of info such as the weather and news updates.

Sony had been promising a Fall launch for the device and thanks to the UK retailer Clove we now have an exact date when the Smartwatch 2 will be launching, at least in the UK. September 9th is the date, and it'll be retailing for £120 (including VAT), which roughly works out at $180. That's just a direct conversion however, and we're pretty sure that Sony will be pushing this lower than $150 at least, otherwise they might find themselves struggling with sales.

Sony's Smartwatch 2 also features NFC connectivity, so pairing the device (which requires Android 4.0 or higher) with the watch is relatively easy and pain-free. It's also somewhat water-resistant, which means you won't have to worry about it every time you go to wash your hands or if it rains, which is a nice touch for something that's going to be spending a long time on your wrist.