Samsung isn't afraid to try new things. They aren't afraid to try old things, either. The clam shell phone has been around for almost two decades, but the South Korean company is hoping to update things with the as-yet-unannounced Samsung Hennessy. 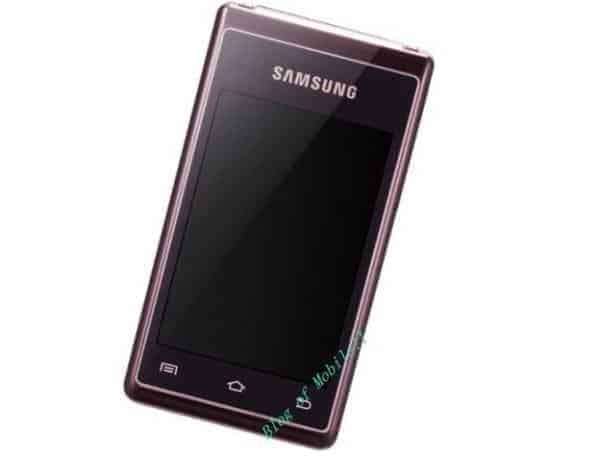 The Samsung Hennessy has a model number of SCH-W789. It appears to be a rather uninspiring clam shell device with dual screens, supposedly both touchscreen displays. Both of the screens measure 3.3 inches with a screen resolution of 480 x 320. There is a numeric keypad on the inside that becomes available when you flip open the phone. It's got a quad-core processor and 1 GB of RAM. Here's a full spec listing:

This phone is supposedly headed for China Telecom, although there has not been an official announcement. It's definitely not designed for power users, but there is still a market of users who like the clam shell design. The specs are mediocre at best, but again, this isn't designed to be a high-end, flagship device. The quad-core processor might be decent, backed by 1 GB of RAM and only needing to power two small, low resolution screens. It also comes in a fancy Luxury Gold color. If your clam shell smartphone isn't high-end it can at least look the part, right?

The Samsung Hennessy is slated for release in August, and will launch in Korea and China. Samsung will more than likely not release it outside of those markets, and why would they? The Samsung Galaxy S4 is selling in record numbers, and the Samsung Galaxy Note II is still a very popular device. The Galaxy Note III is due out in about a month as well. Samsung has been very successful in part because they flood the global market with devices, sometimes very niche devices that may or may not sell very well. The Hennessy won't cost them much to manufacture, so they won't need to sell many units to turn a profit. With flagship devices that sell in the 10 of millions on a monthly basis, Samsung can easily afford to bring things like the Hennessy into the world.

Trusted By Millions
Independent, Expert Android News You Can Trust, Since 2010
Publishing More Android Than Anyone Else
3
Today
83
This Week
550
This Month
1225
This Year
111339
All Time