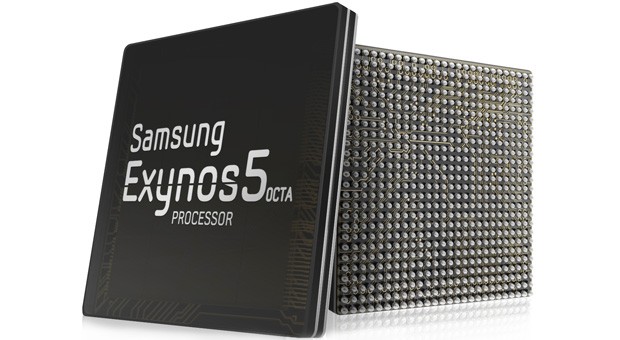 As some of you may know, Samsung's Eynos processor that is showing up in all of its mobile devices was dubbed an "octa" processor. That title is incredibly misleading as it leads people to believe the the processor is actually an octa-core processor, meaning that it has 8 cores working together. In reality, the processor is just two quad-core processors together running different processes on the device. The reason this is not a true octa-core processor is because only 4 cores can be running at one time, resulting in significantly poorer performance.

Well now, Samsung is set to release a legitimate octa-core processor that will be able to run all 8 cores at the same time. We've already heard whispers of Samsung's newest processors and if the rumors are true, these cores running simultaneously should not affect battery life in any dramatic way.

This release is undoubtedly due to the fact that MediaTek has already unveiled a true octa-core processor. MediaTek has stated that they will be using a big.LITTLE MP configuration, which varies slightly from Samsung's current configuration. In Samsung's setup, one quad-core Cortex-A7 processor is used for minimal tasks while a quad-core Cortex-A15 processor it used for more intensive tasks. Both MediaTek and Samsung are most likely to follow the same path by allowing all 8 cores handle all of your phones processing.

The reason Samsung's processor setup doesn't currently behave this way is because they are only using a big.LITTLE configuration. In MediaTek's big.LITTLE MP configuration, the MP stands for "multi-processing". This of course makes sense as all the cores will be working at once.

We will likely see this chipset debuted on Samsung's next flagship devices such as the Galaxy S5. Regardless, this will be a big step forward in terms of mobile power. It does however beg the question if all of this processing power is truly necessary as the new ships will likely be more expensive to manufacture. While it is highly unlikely that the devices themselves will cost more, there may have to be some compromises elsewhere to make up for it.

So what do you think? Do you wish you had more processing power than a quad-core?