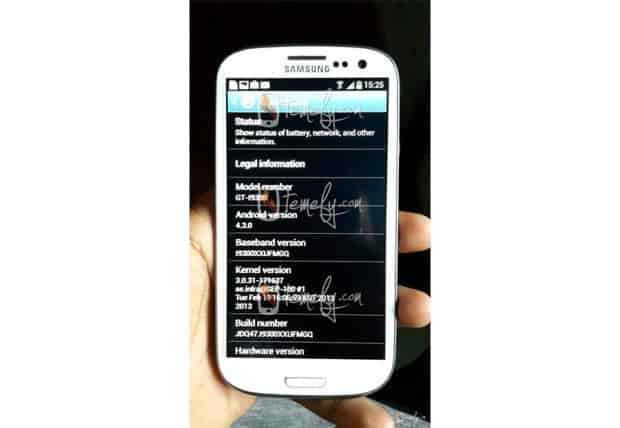 Currently, Android 4.3 is yet to be announced. We are expecting the company to announce Android 4.3 at their event in San Francisco on Wednesday. So hopefully we'll see what Android 4.3 has in store for us then. I don't ever recall seeing a phone skip an entire version of Android before, but if this does happen I think Samsung deserves a "good job" pat on the back. Since these devices will be among the first non-Nexus devices to have Android 4.3 sent out. Of course, the Galaxy S4 will probably get the update first since it's their current flagship.

To see the Galaxy S3 skip to Android 4.3 and not have Android 4.2.2 at all kind of makes me happy. Especially since I'm currently using a Galaxy S3 as my daily driver. It also means that Samsung is upgrading their older devices which many OEMs do not do. Making Samsung set a great example for the others like HTC, LG, Sony and Motorola. Although Motorola has gotten much faster since Google finalized the purchase. In the past year, Samsung has really stepped up in the upgrade game. Prior to the Galaxy S3, Samsung was not that good with pushing out updates. But they were able to send out the Android 4.1 update to the Galaxy S3 rather quickly, even here in the US.

So Android 4.3 on the Galaxy S3, what do you think? Could this just be a build.prop edit? Or is it the real deal? I guess time will tell. Let us know in the comments below what you think.