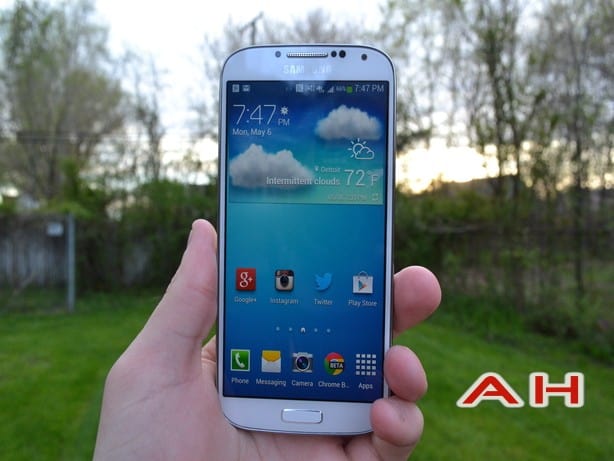 On Tuesday, we ran a story (along with many other sites) that Samsung actually has the Galaxy S4 hard-coded to overclock the GPU when running a variety of Benchmarking apps. Like AnTuTu or Quadrant. Today, Samsung Electronics came out on their Samsung Tomorrow blog to clarify the issue.

The company says that under ordinary conditions the Galaxy S4 was designed to run at a max of 533MHz for the GPU. But the max GPU frequency is lowered to 480MHz, for some gaming apps that may cause an overload on the device. The company also explains that running the GPU at a maximum of 533MHz is applicable for running apps that are usually used in full-screen mode, such as the S Browser, Gallery, Camera, Video Player, and some benchmarking apps.

Samsung is stating that the Galaxy S4 has been given varying GPU clock speeds to provide optimal user experience for their customers. And is not to be gaming the benchmark scores, as we originally thought.

So what do we think about this? Well it seems plausible. And I'm pretty sure that Samsung isn't the only manufacturer that does this. They are just the manufacturer that everyone has eyes on right now. I know at first glance it may look like Samsung is trying to show they have better benchmarks than their competitors, but in real world use benchmarks are more or less worthless. For example, I reviewed the IdeaTab A1000 this past weekend. It's benchmarks were on par with the original Nexus 7 (The Tegra 3 version). When the specs were completely different, and in my opinion the Nexus 7 was a much better device. So as you can see benchmarks mean almost nothing in real world use. It's just for bragging right, which in this case, is how Samsung used it.

I'm pretty confident that the other OEMs out there do the same thing. Including Motorola, HTC, LG, Sony, and others.