Skip to content
Trusted By Millions
Independent, Expert Android News You Can Trust, Since 2010
Publishing More Android Than Anyone Else
51
Today
118
This Week
352
This Month
5604
This Year
123152
All Time 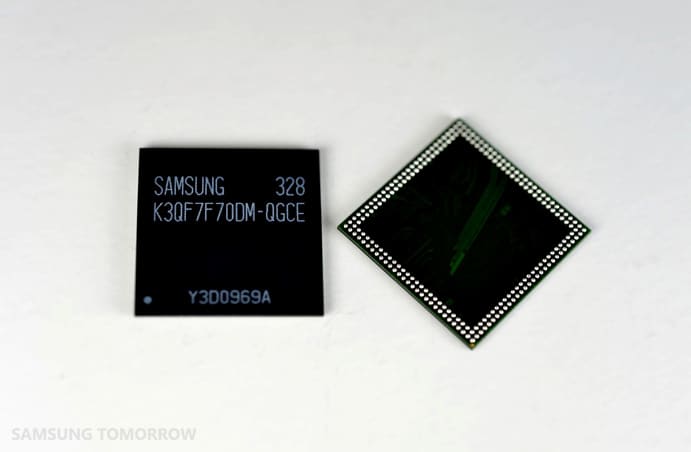 Did you really thought manufacturers were going to stop at 2GB of RAM for your next phone? Yeah, I didn’t think so either. In a world where bigger is still better phones and tablets will have more memory, more processing power, more storage and just simply more stuff in it. While more storage is in fact better, some of the specs can affect the phone in not such a good way, some new processors or antennas could have a negative effect on battery life for example, like what happened when LTE was first launched.

Memory doesn’t seem to fit that category, with memory usually is the more the merrier so it’s nice to see Samsung already working in the next generation memory chips for smartphones, in this case, a 3GB LPDDR3 that measures just 0.8mm (0.03 inches), making it small enough to fit almost any smartphone design. The memory uses six 20nm-class four gigabit LPDDR3 chips in a symmetrical structure, fast enough to offer 2,133 Mbps. The thinner module leaves more room for bigger batteries and thinner smartphones. 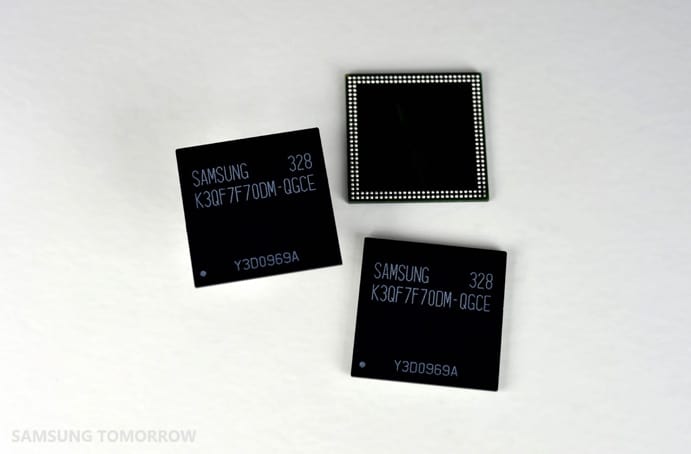 Three gigabyte mobile DRAM will be adopted in the most up-to-date, high-end smartphones starting in the second half of this year – an initial adoption that will expand to most high-end smartphones worldwide next year. We will develop a new 3GB LPDDR3 solutions based on four 6Gb LPDDR3 DRAM chips by symmetrically stacking two chips on each side, which will boost smartphone performance to the next level by year-end.

Let me think for a moment…..what Samsung device is coming in the second half of the year that could take advantage of this….Yeah, exactly, it doesn’t take a rocket scientist to figure out that the Galaxy Note III will probably be the one to begin this new trend. Although we can’t know for sure, it certainly makes sense for Samsung’s next flagship to come out guns blazing trying to overcome the new competition from the likes of Sony’s Xperia Z Ultra, the LG Optimus G2 or the upcoming HTC One Max, which is said to have a 6 inch screen an a Qualcomm Snapdragon 800 inside. We’ll have to wait and see which massive phone ends the year as a winner.