Samsung is what it is today mostly because of Android. We all agree that Samsung is a worldwide beast when it comes to technology, I mean the guys do everything, TVs, laptops, fridges, washing machines, phones, tablets, cameras, you name it, they make it and usually, they are pretty good at it, even if you hate their TouchWiz, or the interface for its SmartTV (I hate it, it hurts my eyes to even look at it) they still make great products, but Android has helped them not only make tons of money, but to position itself in the consumers mind in a way they haven’t done before. When people think Android, they think Samsung.

So, It was kind of strange to see Samsung announce a mobile OS called Tizen in conjunction with Intel considering their foothold on the Android market, but since they said it was for low-end devices, it made some sense to have a backup in case Google went haywire with Android. After the release of the Galaxy S3 and S4, Samsung had such a big ecosystem offering an app store, a place to buy movies and music, an integrated health system, it’s own way to share files and more, that it seemed like it was getting ready to ditch Android altogether.

Now it appears that the Tizen dream is dead. According to Eldar Murtazin, a Russian blogger with many inside sources, Samsung and Intel ready to put it under the table and leave it there.

This is what Murtazin tweeted:

Tizen is almost dead. It isn’t delay. That’s cancel of the whole project. I doubt that Samsung will launch more than one device for 2014

If Samsung does release just one phone in 2014 with Tizen before killing it, then it would be just the same as Nokia’s N9 with Meego, launching a single device on an already doomed platform. 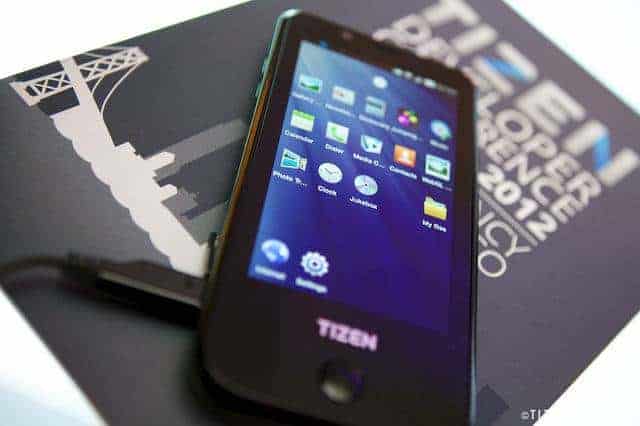 With Samsung and Intel behind Tizen, some people saw it as a possible alternative to Android in the future with some carriers even showing support for the OS, now it seems and Android is not only killing the competition with a fast-moving OS filled with features and an ever-expanding ecosystem, but it’s now killing them before release.

Murtazin also added that it might not be all for nothing, claiming that Tizen “will be another intel connected project (android based). It’s more interesting in all ways”.

Honestly, I don’t think anyone ever cared about Tizen enough for this to make even a single person sad.