This may not come as a big surprise, but Qualcomm’s Snapdragon 800 is going to be the most popular chip at the high-end of the mobile market, by the end of the year. With so many flagships arriving with the Snapdragon 800, it’s very hard to be surprised by this, too.

Murthy Renduchintala, EVP of Qualcomm Technologies, he had this to say about the coming months and what to expect.

Virtually every global OEM with a premium-tier smartphone is designing it with a Snapdragon 800, which we’ll see in the coming months.

Samsung is going to use it in some models of Galaxy S4, in Galaxy Note 3, and possibly even some tablets later this year. LG is going to use it in the Optimus G2, and Sony is also rumored to use it in the Sony i1 “Honami” flagship. We don’t know a whole lot about the upcoming Nexus phone, but I wouldn’t be surprised if it uses a Snapdragon 800, too. The Nexus 4 came with the highest end Qualcomm chip at the same, the S4 Pro, and now it’s the Snapdragon 800 the one to replace that, so it makes perfect sense for Google to use it.

It’s unclear whether the Nexus 10 will use it, too. I think there’s a higher chance we might see the Exynos 5420 in there, just like we saw the Exynos 5250 in the first gen Nexus 10. I believe that Samsung will help the Snapdragon 800 dominate, the most, which is strange especially because Samsung makes its own chips. However, they’ve been very slow to add LTE integration into their SoC’s, and even if they do it by then, they probably won’t be ready to mass produce that chip into tens of millions of units.

I do hope Samsung, Nvidia and others don’t allow Qualcomm to become too strong in the future, though. Qualcomm’s chips are great, but having just one chip maker dominate the market won’t be very good for OEM’s or us. 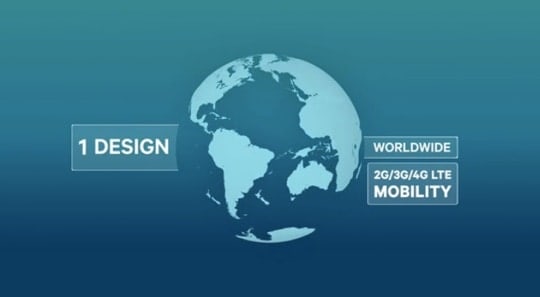 From the looks of it, we can also expect the RF360 platform to arrive with the Snapdragon 800, too. This allows OEM’s to put all 2G, 3G and LTE bands under one roof, which may finally fix the fragmentation of bands between carriers not just in US, but globally, too. In the near future we may see all phones and tablets become truly “global” devices.