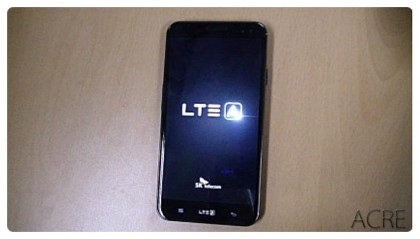 Pantech is probably not a company you're familiar with. I've only heard of them creating mid-range and low-end devices here in the US. But Pantech is working to be a big competitor for Samsung and LG. Since Pantech is another Korean manufacturer. According to DDaily, the Korean manufacturer is getting ready to announce a new phone on August 5th. It'll be a 5.6-inch 1080p display and powered by a Snapdragon 800 processor. This might be the first device I'm excited about from Pantech.

Judging by the images above and below, it appears that this device is going to feature LTE-A or LTE Advanced. Which is the next generation in LTE evolution. But it's not available anywhere in the US just yet. Pantech doesn't normally launch many phones here in the US, so I'm hoping they bring this one over to the US. It'll be a good choice on T-Mobile and AT&T. Not sure it'd sell as much as the Galaxy S4, but it will definitely sell well here in the US. 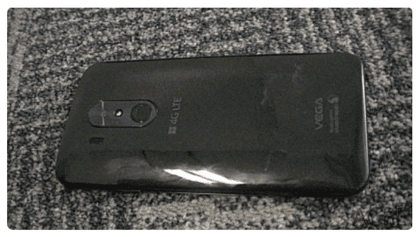 This Pantech device looks to have a rather big camera and also looks a bit like the Galaxy S2. Doesn't the camera module look a bit like the Galaxy S2 and Galaxy Nexus? Maybe it's just me. So far we don't know much about this device, or even a name of the device. Hopefully we'll find out more on Monday when Pantech is scheduled to announce this device. Please announce US availability Pantech! We could always use more Android OEMs over here.

In the past Pantech has released a few small mid-range phones on AT&T, and one on Verizon. So this could be their big breakout, or it could be just another phone that doesn't come to the US. I'm going to cross my fingers here and hope that it does come to at least one carrier here in the US. How many of you would love to check out a flagship device from Pantech?