As if every possible leak wasn’t enough, now the actual tablet as leaked with a user in Reddit saying that he just got one, although he missed the part of exactly how he managed to get one, but that was probably intentional.

The lucky user was kind enough to provide us with 2 pictures, as proof of what he said, one showing the box, which is pretty similar to the old packaging design but with the new Nexus 7 in a more vertical position rather than the angled one of the original box and it’s sporting the new and colorful wallpaper and the other of the tablet itself, facing down with the Nexus looking at the camera, which is in fact, in landscape mode as strange as it may sound. 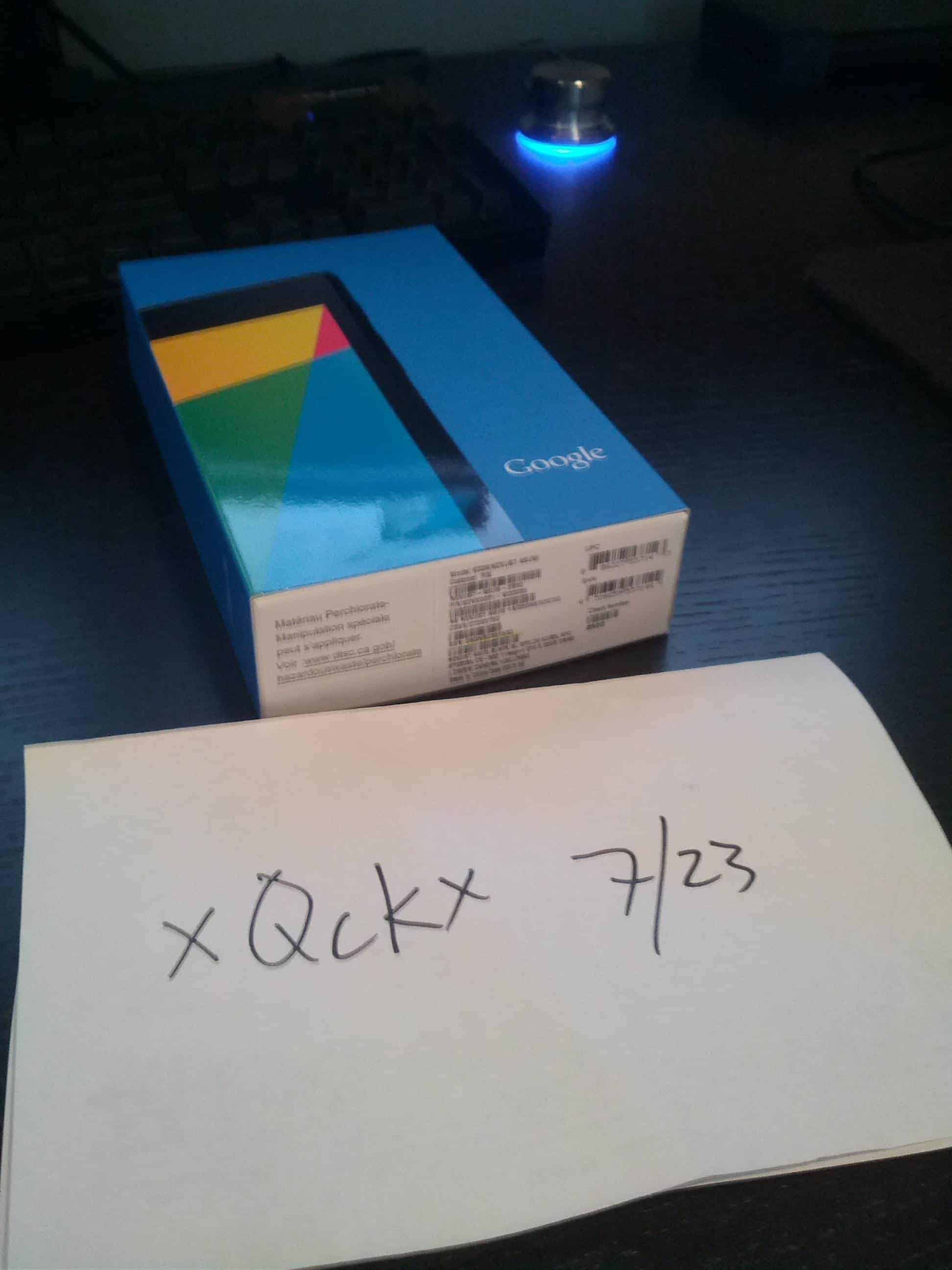 The note you see is the SKU and the date, as proof that the picture was taken by him today, and it does not look photoshopped or anything else, this is, in fact, the real Nexus 7, in all of its 7 inch glory.

The specs of the device include a 7 inch 1920 x 1200 LCD display with dual cameras, a rear shooter of 5 megapixel and a front facing camera with 1.2 megapixel, enough for video calls and not much more, stereo speakers, a Qualcomm S4 Pro not unlike the one seen in the Nexus 4 and to top it all, Android 4.3. According to the leaks, the Nexus 7 will be priced at $229 for the 16GB version which means it will probably fly off the shelves in no time. We have no pricing for the 32GB model but we can guess a $279 since usually its $50 more. We’re expecting both WiFi only and 3G models of the tablet, although we can probably rule out an LTE version since Google doesn’t seem to play nice with the carriers for these kind of things, although we can hope for Google to pull the same as HTC with the One and have at least some LTE compatibility but with Google trying to keep the price down as much as possible, it’s not very likely. I guess we’ll find out more tomorrow at the event.