Google is planning a new headquarters in London to serve as office for all of its London staff which at the moment is split between Victoria and Holborn. The new building will create 1500 jobs in construction and it’s aimed to start at the beginning of next year to be finished by the end of 2016. This would be the first time Google is building a headquarter instead of buying one and populating it.

The new HQ will have a footprint of a million sq ft and will be transforming its current neighborhood of King’s Cross, which so far isn’t exactly the best, from working ladies to simply ladies at work. This is part of a development plan on part of the city.

The building is being designed by AHMM who have been working on it for two years under the concept of integrating the building to the already “unique industrial heritage” of the area.

“This building is underpinned by cutting edge design intelligence and technologies to provide a sophisticated twenty-first century working environment for Google’s staff. The architectural approach, which has taken inspiration from King’s Cross and St Pancras International railway stations, complements the local area’s strong industrial heritage and will be a building London can be proud of.”

“Building our new headquarters in King’s Cross is good for Google and good for London. We’re committed to the UK and to playing a role in the regeneration of this historic area.” 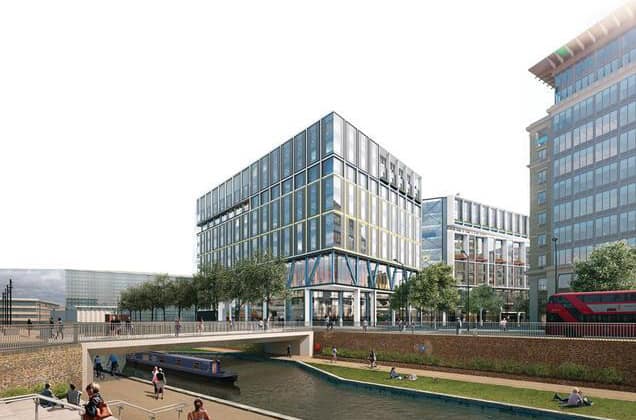 This is what Google said about the new HQ:

The 1,000,000 (gross) sq ft new UK headquarters features 725,000 sq ft of office space and around 50,000 sq ft of retail space at ground level. The building ranges in height from seven storeys at the south end closest to King’s Cross Station to 11 storeys at the northern end overlooking Regent’s Canal.

The building has been designed to meet the highest standards of environmental sustainability, ensuring low energy usage and incorporating state-of-the-art materials.

Much of the internal structure will be constructed using steel framing with cross-laminated timber panels – a first for a contemporary building of this scale.

The aspiration is to achieve BREEAM Outstanding and LEED Platinum ratings and deliver an overall carbon saving of 40%. The external design of the building pays homage to the broad industrial history of the local area, including steel columns, pre-cast concrete panels and low-iron glass. Bolder colours will be introduced through painted steelwork, taking inspiration from architectural elements nearby, including the metalwork at St Pancras International.

Google is betting heavily in low energy and environmental sustainability which we all know they are big fans and they’ve been doing some amazing work in the area for several years now. 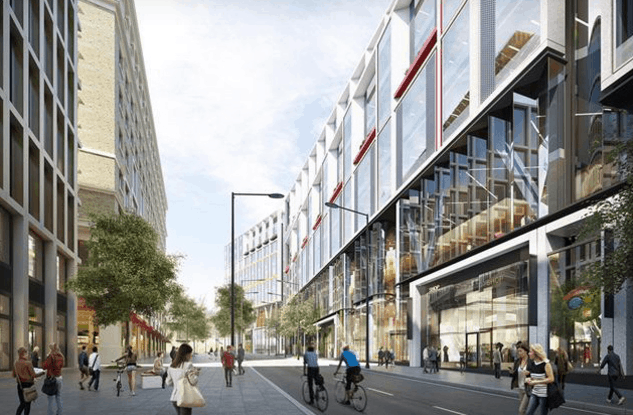 Google’s buildings have always been amazing buildings with some extravaganzas like the lovely Android statues or the huge binoculars in Los Angeles and let’s not even begin with the incredible interiors the company has around the world.