Hello? Do you know awesome this camera is?

So much has been rumored about the camera of the upcoming Motorola phone, the Moto X. It’s supposed to feature a new technology called “Clear Pixel” and is said to include some sort of gesture controls. We made an explanation of what Clear Pixel is, or should be, but here’s a rough idea. Regular cameras have three types of sensors, each one can see a different color, red, green or blue. Clear Pixel technology, which has been mentioned by Kodak a few years ago, supposedly add a fourth sensor, a white one, that sees every color instead of having to filter each primary color individually. Whatever that means, I think its geared towards low light situations, and this technology is said to put dark, blurry and lack of details in the past.

Given how HTC and Nokia are fighting for best low-light performance, having a Motorola device that can rule this kind of setting would be pretty awesome and could even set a new standard for smartphone cameras.

Here’s an example that Kodak showed back in 2007: 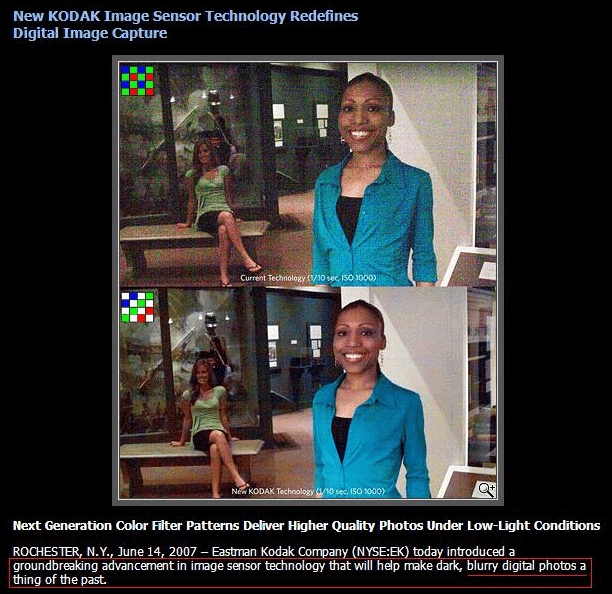 So, after all these rumors, Motorola tweeted this today: 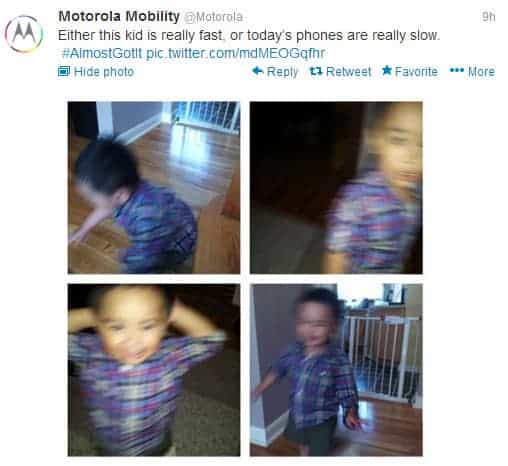 “Either this kid is really fast, or today’s phones are really slow”  Is that a spectacular tease or what? That’s even less subtle that Nokia’s 41 million reasons to care about their presentation, regarding the Lumia 1020 recently revealed. Evidently, Motorola is going to bet big on the camera, big enough for it to be an official tweet and the only word that has come out of Motorola outside the name of the device.

Putting the teaser aside, shouldn’t Motorola start doing this kind of things over at Google+ instead of Twitter, since…you know….they’re a Google company.

I can’t wait for the Moto X to be announced with this kind of technology and the supposed hardware customization it should bring. I can only imagine the look of Stephen Elop or Peter Chou’s face when Dennis Woodside or whoever does the presentation comes up with this phone and blows every other camera phone out of the water.