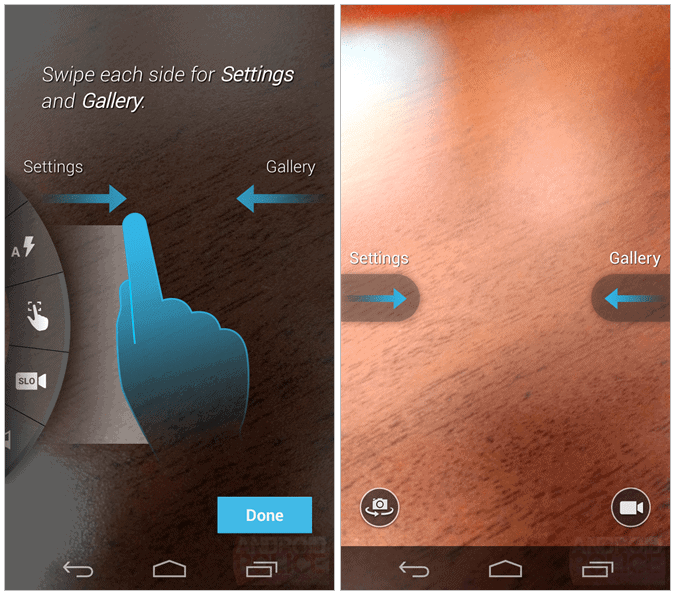 This evening, Android Police has scored another exclusive about the Moto X that we are all probably pretty tired of hearing about. This time it's about the camera app. As you can see from the images above, it appears to have quite a few gestures involved. Which is cool, but maybe a little overboard? 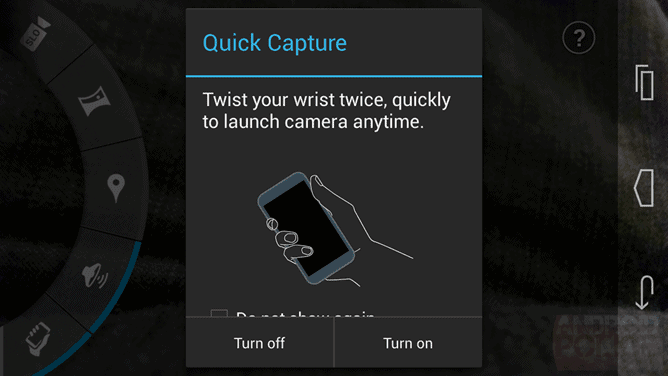 The next image shows that gesture we had heard about for taking pictures. Basically you twist you wrist twice quickly to launch the camera anytime. But is that really all that much faster than swiping over to the camera from the lock screen? Seems like it's going to be more work to open up the camera app. But that's just me. I am very fond of the gestures in the camera app though. 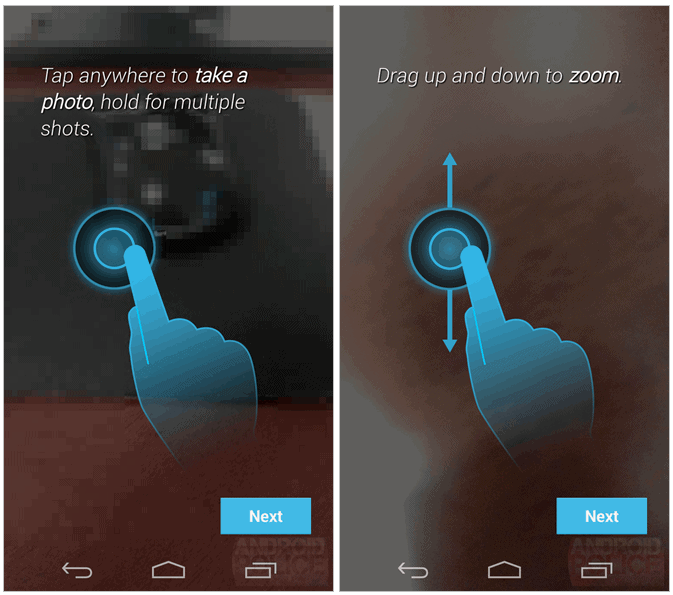 When it comes to taking pictures, just a simple tap will focus and take one shot. While tapping and holding will take continuous photos until you release. Also known as 'Burst mode'. Also what looks to be pretty cool is that dragging up and down zooms in on objects. Which is much easier than pinching to zoom in and out.

Android Police also notes that there are plenty of differences between this camera app and the one on the Droid Razr M/HD/Maxx HD that was released last year. So it's pretty easy to see that Motorola is looking to go their own way with their next flagship device the Moto X. The Moto X and the new Droid family are both supposedly going to feature the ClearPixel which should do pretty well in low light. As far as the Droid Ultra, Mini and Maxx are confirmed, we'll learn more tomorrow. The Moto X we'll have to wait until August 1st.