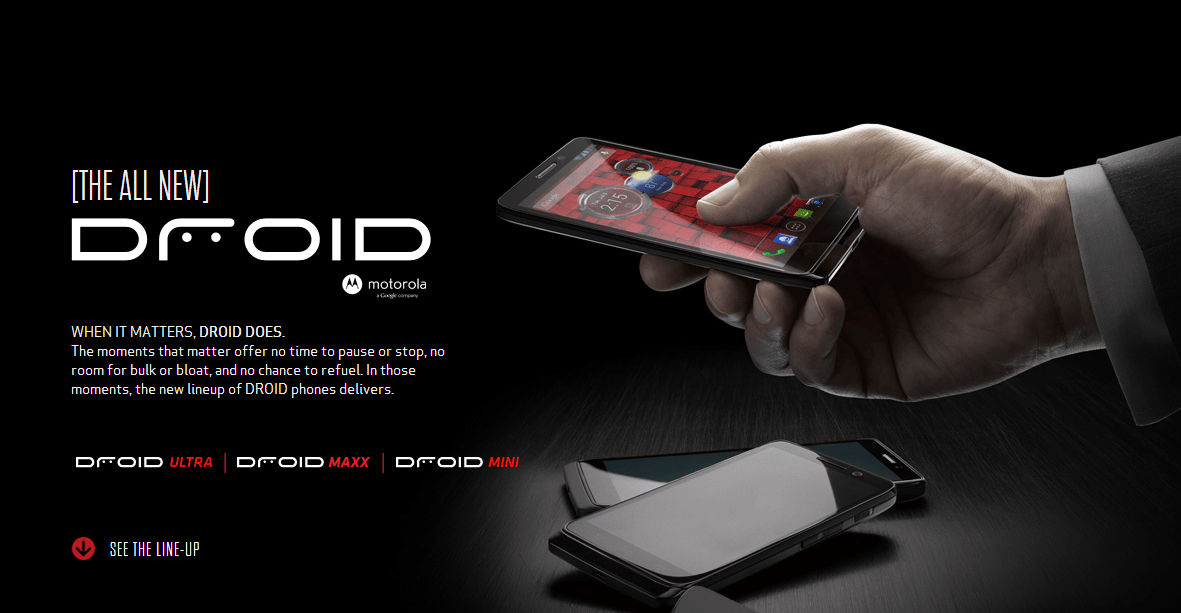 This morning, Verizon made the Droid Ultra, Droid Maxx and Droid Mini at their press conference. The Verge was able to speak with a Motorola spokesperson at the event, who confirmed that the new-generation of Droids are not made in theUS. "They're designed in the US, made in Asia."

Why is this big news? Well because Motorola has made a pretty huge deal over the fact that the Moto X is being made here in the US. In fact they are using the tagline "Designed by you, Assembled in the USA". Which makes it rather surprising that the Droid Mini, Maxx and Ultra are not being made here. But then again, maybe not. The Moto X is due to be announced on August 1st and is being assembled at an old Nokia factory in Fort Worth, Texas. Contract manufacturer Flextronics owns the facility that Motorola is using. Motorola has also told us in recent weeks that the plant is large enough to add additional capacity. So we're likely going to see future Motorola devices manufactured there, just not this round of Verizon devices.

The Droid Mini, Maxx and Ultra do show us a few features that will be on the Moto X, but it's definitely much different than the Moto X. For starters these new Droids have capacitive buttons instead of software keys like the previous Droid line and the Moto X. They are all powered by an 8-core processor which Motorola calls the X8 processor. The trio of devices will be available on August 20th and are available for pre-order right now.

So is the fact that the Droid Mini, Droid Maxx and Droid Ultra not made in the US a reason not to get these devices? Probably not. They are still pretty good looking devices, but still Verizon exclusives. How many of you are still going to buy one of Motorola's new Droids?