Skip to content
Trusted By Millions
Independent, Expert Android News You Can Trust, Since 2010
Publishing More Android Than Anyone Else
20
Today
178
This Week
268
This Month
8398
This Year
125874
All Time 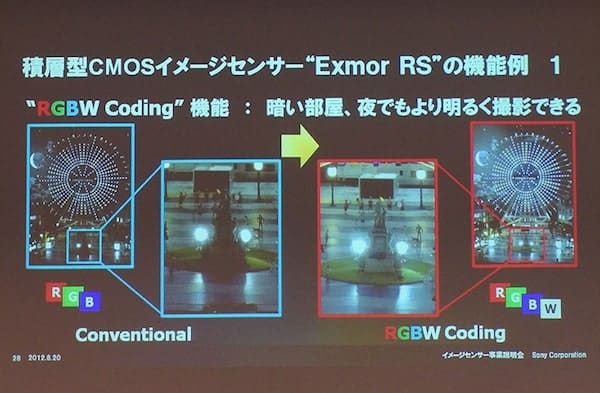 Additionally, Brian Klug from AnandTech took a guess at what “ClearPixel” really is after reading what Taylor Wimberly had to say about it. He believes that it could be a RGBW filter instead of a normal Bayer color filter array. That goes right along with what Evleaks said recently about the Moto X “The Camera is said to be a so-called 10-megapixel RGBC model.”

What is RGBW? Well most cameras work by capturing light through millions of pixels on a sensor that decide how much red, blue and green they “see”. Now back in 2007, Kodak had patented something called RGBW, which adds another white pixel which can see every color instead of one of the primary colors. Sony also announced they would productize RGBW sensors in early 2012, but they quickly ran into issues and the sensors were quickly shelved in September 2012.

RGBW works by having that extra white pixel “see” every color, versus having to filter between red, blue and green. There’s probably a lot more to do with what RGBW actually does, and since I’m not an optical engineer like Brian Klug is, I can’t explain it as well as he would be able too. But to put it bluntly, it means you’re going to have a pretty great camera on the Moto X.

The Moto X and Droid Ultra are likely to be the first pieces of hardware to have the RGBW image sensor. And those that do buy these devices are simply going to love the pictures they take.