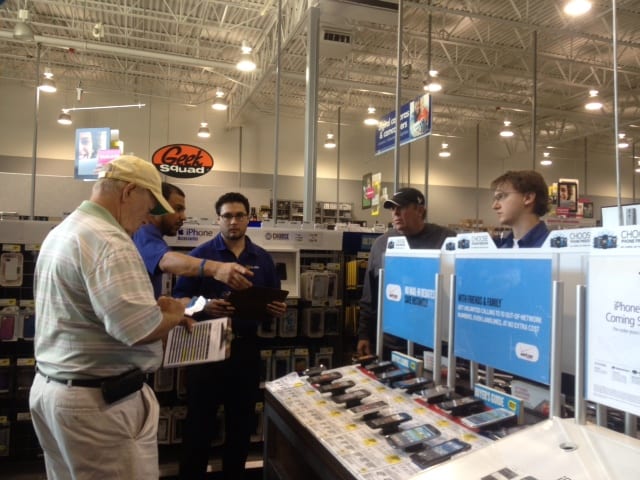 This year, the smartphone world has been relatively slow. We've only seen a few phones announced. The HTC One, Samsung Galaxy S4, and the LG Optimus G Pro, are really the only ones that are available worldwide and came out in 2013. It looks like more and more consumers aren't saying "wow" to new phones. There's some new research coming out from UBS AG, the rates where American smartphone users have upgraded to the latest models is beginning to declining. The rate declined last year by 9%. It's also set to decline a bit more this year.

As expected, this is a big problem for manufacturers like Samsung, Motorola, HTC and LG. Even Apple is going to be affected by this. These companies have greatly benefited by the explosive sales of smartphones in the USA in the past couple of years. The market is now edging towards saturation, with around 70% of contracts now being smartphones. Continued revenue growth will mainly come from consumers ditching their old phones and upgrading to newer ones. Which will likely be every two years or whenever their contract is up.

T-Mobile has seen that people are upgrading less and less and have introduced JUMP, which allows you to upgrade twice a year. AT&T also announced their Next program, to compete with T-Mobile's JUMP, but it seems to be rather hit-and-miss. Hopefully Verizon and Sprint will come out with programs similar to JUMP and Next that will persuade their customers to upgrade more. Which is something Samsung, LG, HTC, and Motorola really need to help push, or they are going to see their profits decline even more. With HTC and Motorola desperately trying to catch up to Samsung.

How often do you upgrade your phone? Have you been less likely to upgrade this year compared to years past? Honestly, I have to say, I've kept my current phone longer than any other phone I've had in the past. Now that might be the fact that there haven't been many exciting phones, it could also be that my Nexus 4 just works that great. Let us know in the comments below.