The world of mobile apps can be a cutthroat one. Many questions can come up in the development process; things like what platforms to develop for, how to market your app, and even how to ultimately monetize it effectively. There are a lot of misconceptions and even some misnomers out there in the world of mobile app development, and I hope I can clear some of these up today. When considering the development platform of your app and which operating systems to develop for, you’d probably normally consider the biggest player in the market before anything else. After All what’s a better way to sell your app than to make it for the platform that has the largest audience, right? Super Bowl commercials cost a lot because they reach millions of people, but that cost is worth it because you can sell to so many more consumers than any other time of the year. Thankfully the mobile app development world has such a large player in Android, and it comes without the expensive cost of something like a Super Bowl ad.

First up let’s consider the market share of other mobile platforms. When iOS came out in 2007 it quickly rose in market share, but never actually became the market leader at any point. Blackberry held that crown for years until Android came along, and now Android can be found on over 2/3rds of all smart phones in the world. iOS, on the other hand, sits at around 18% of world-wide market share, meaning less than 1 in 5 smartphones are iPhones. Not exactly the way you envisioned it? While there are plenty of reasons for this complete misunderstanding of the mobile market, what should be understood is that Android is the clear market leader here, and the one you should be developing for first and foremost. 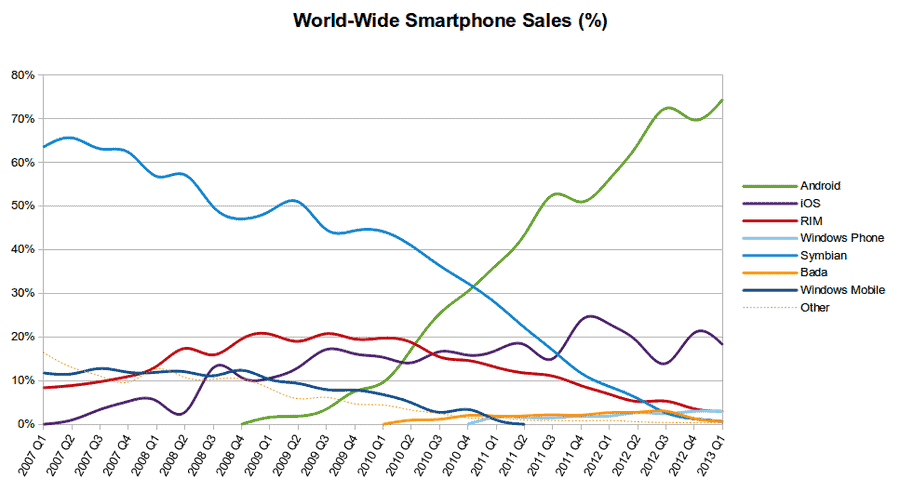 Now that the main development platform has been established, we need to consider some other facets of development and marketing. First off how many other apps are there like yours in the market? Does yours do anything to differentiate itself in a big way? This could be something as seemingly simple as great design and user interface layout, even if your feature set is the exact same as other competitors in the marketplace. Great user interface design goes a long way, and it keeps people from feeling like your product is “old” even though it was just released. While some of the biggest players in the mobile world tend to have some awful UI design (here’s looking at you Samsung), ignoring this aspect of your product is never a good idea. Google has a design language for Android called Holo that should always be followed if you want great product reviews based on design. It’s simple, straightforward, and most of all consistent. You can find Google’s Holo Design guidelines here.

Next up is how you are going to market your app. Are you going to have a paid app where people can only get access if they buy it, or are you willing to try out the “free” route? The “free” route is the misnomer in this discussion, and the one that will likely get you the most money too. Think of it this way: according to research the majority of smartphone users, no matter the mobile platform, tend to download more free apps than paid ones. This could be thought of as simply being a “try-before-you-buy” strategy, but often it becomes more of a plus for developers than users. Since all users aren’t so willing to just shell out money for your app, no matter how cheap it is, you should be looking elsewhere to make up this revenue gap. Advertisers are likely the key here, as they are considerably more willing to hand over money in return for something than users traditionally have been. Studies have proven this to be fact, and it is definitely the way to go when considering the main selling strategy for your app. 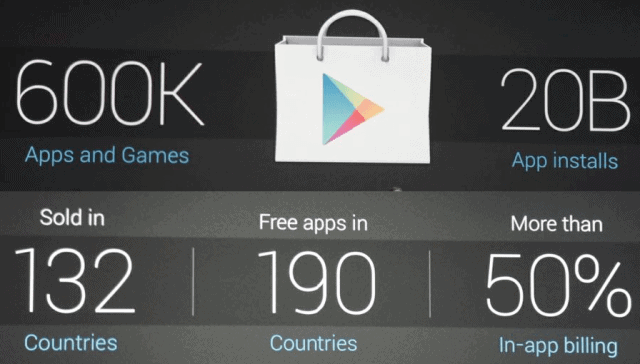 If you need more convincing that the “free” ad-supported strategy is the way to go, consider a recent study by Cambridge University on this very topic. Researchers have shown that 73 percent of Android apps in the Google Play Store were free, and of those 80 percent relied on advertising. What’s more is that while only 20 percent of paid apps get more than 100 downloads, a measly 0.2 percent of paid apps cross that magic 10,000 download barrier. Contrast this with free ad-supported apps where 20 percent cross the 10,000 download barrier. This means an exponentially larger audience will likely user your app, and by definition will be able to give you ad revenue.

What’s great about the mobile market is that you can have the option to utilize both of these strategies. By creating a free ad-supported model first, you’ll bait many more users into first trying your app before deciding on how much they like it. Many people like to opt for an ad-free experience, and will almost certainly be willing to shell out a dollar or two to enhance said experience. Offering this way out gives both the developer and the user an advantage, and is the best way to provide a great value added service to your customers, all while securing that extra revenue.If you would like some additional exposure, make sure to check out our android app review service that will help you market your android app to the masses.