The latest update to Google Maps is finally rolling out to Android devices and while it brings with it some welcome UI changes and a bit of a speed boost, Offline Maps has definitely taken a back-seat. Offline Maps was a coveted feature for those that didn't want to use data roaming or you know you're going to be without cell coverage. Don't worry though, as it's not completely gone. It's just been tucked away and you can only access it with the secret password of "OK Maps". Google Maps Community Manager, Abby, tells us how to do it:

The offline maps feature is not included in today's release of the new Google Maps app (version 7.0) for Android.

We know a lot of you love offline maps, and we've included a special feature hidden in the app that allows you to pre-load an area of the map you need offline simply by going to that area in the app and typing "OK Maps" in the search box (or speaking "OK Maps" into your Android device). That area will then be pre-loaded to your device cache and accessible when you don't have a connection. Just return to that area of the map, and it will be available to you.

So, just how does it work in practice? Well, I'm glad you asked, as me and my trusty Nexus 7 are about to show you. In the below screenshot, you can see a regional map of my "neck of the woods" here in England (aren't those squiggly roads funny-lookin'?), and you can also make out that I'm clearly connected to WiFi and the web. 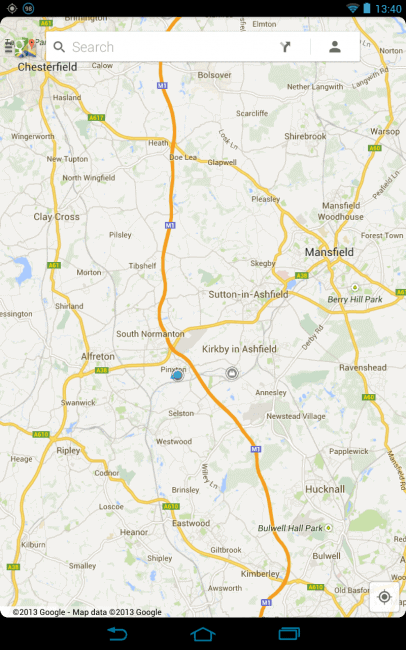 All you have to do is type "OK Maps" into the search bar to start caching the area: 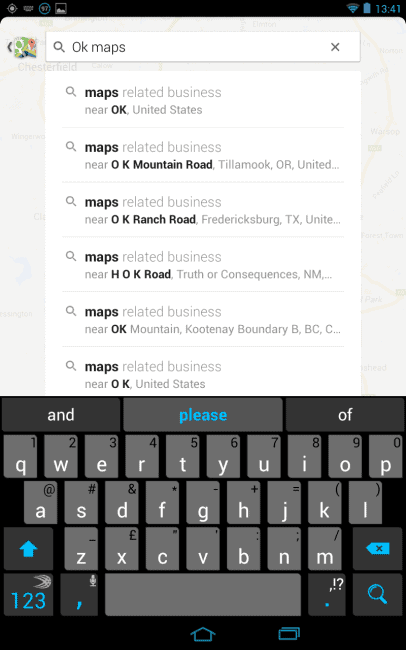 After that, Maps should start to cache your area: 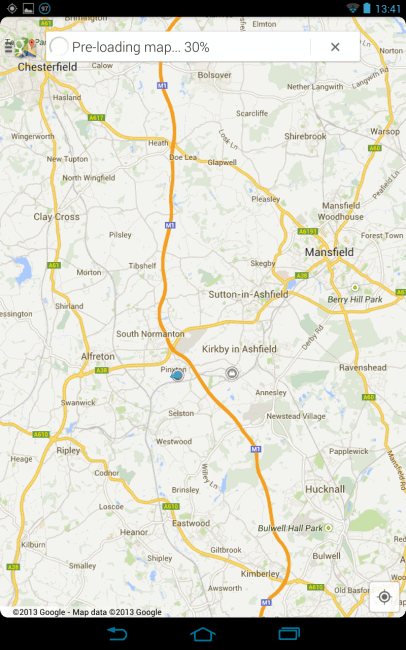 In the below shot, you can clearly see I'm not connected to WiFi and that Maps has indeed cached the region I asked for. You can also just about make out the limit of what the app caches. 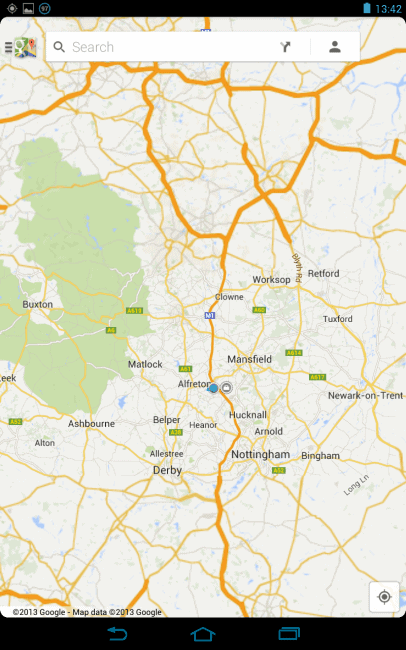 So, there you have it folks – how to get the functionality – sort of – of offline maps in the latest update. Google are billing "OK Maps" as a "Special Hidden Feature" so there's a chance that this functionality could disappear in future updates but, we certainly hope not. Have you tried out OK Maps yet?