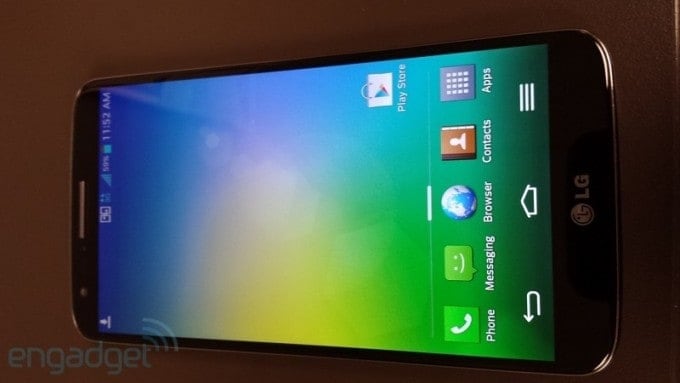 What you see above is supposedly the next generation Optimus G. It’s been called both the G2 and the Optimus G2. But as you can see it’s got thin bezels, along with on-screen navigation buttons. These photos have been obtained by Engadget, which show a large plastic device. It’s rumored to be sporting a 5.2-inch 1080p display. Which the thin bezels will definitely help the device stick to a small footprint. If it really is only .3-inches smaller than than the Optimus G Pro, whats the point of buying the Optimus G Pro over this? LG might cannibalize their sales with the G2. If it is indeed a 5.2-inch screen.

As far as the hardware goes, we’ve been told there will be a Snapdragon 800 processor running this beast. Which maxes out at 2.3GHz and is also in the Sony Xperia Z Ultra. It’ll be bringing 2GB of RAM along for the ride, along with a 13MP camera on the back with a volume control just below the camera, as you can see in the image below. 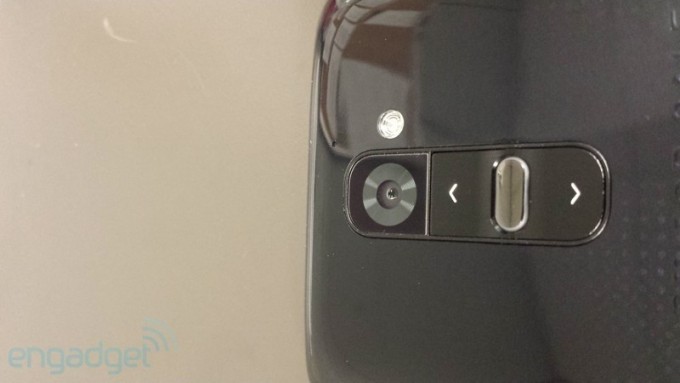 Looking at these images, what I really like about the on-screen navigation keys is that the background appears to be near transparent. Which is something I wished stock Android had. I do love the on-screen navigation, but sometimes I do miss the capacitive keys. Of course, that could just be because I use so many phones over the course of a week. Nonetheless, this Optimus G2 or G2 whatever LG decides to call it is looking like a pretty good device and something I’d definitely have to consider when upgrading my Nexus 4 this fall. Of course if the Nexus 5 is going to be built off of this, then I might have to grab the Nexus 5. 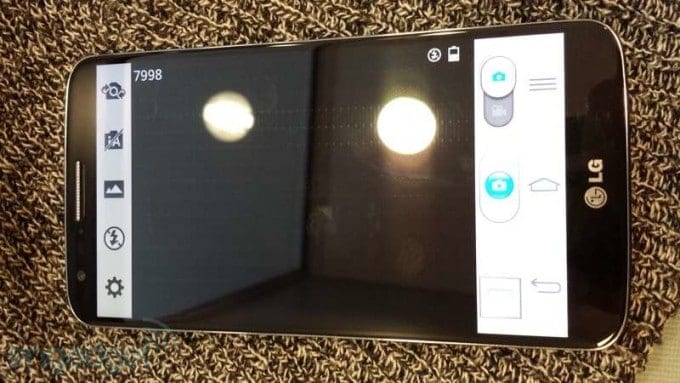 How many of you would grab the LG Optimus G2/LG G2 this fall if this is indeed the final device? Let us know your thoughts in the comments below.