LG dropped the ball so many times with their phones that people stopped caring about them, the manufacturer was being ignored by everyone and every new device went into oblivion almost instantly (seriously, the Vu?). That was until the release of the LG Optimus G which turned out to be an amazing phone with great materials, great screen, fast as hell and the UI was not bad, that made LG earn the privilege of building the new Nexus, which also turned out to be a great device, the Nexus 4 has an amazing fit and finish, the materials feel great in the hand, even if some people broke the glass in the back and the internals live up to the expectation of what a Nexus should be. So LG got the attention of the press and consumers who saw LG as a phone manufacturer once again.

LG got on top of the wave and released a bigger variation of the Optimus G in the shape of the Optimus G Pro, a 5.5 inch 1920 x 1080 resolution, Qualcomm Snapdragon 600 at 1.7 GHz and a 13 megapixel camera. Then the reviews started pouring in and most of the press agreed that it was better than the competition, including the Samsung Galaxy Note II. The G Pro got released in over 40 countries including the U.S. but it was limited to AT&T thanks to one of those exclusivity deals everyone keeps making every single day. 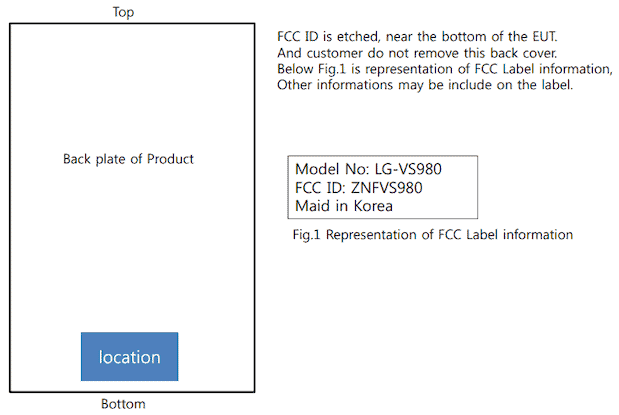 We don’t know when it will released or even announced, but if the FCC filing is already in place, it can’t be too long before it hits the red carrier.

If you’re on Verizon, have you been waiting for this device or you already forgot it existed?