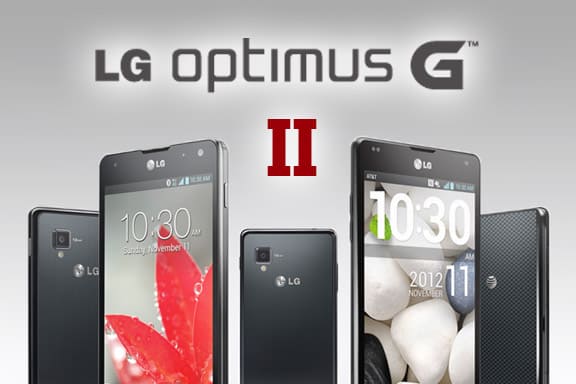 Ever since it made the Nexus 4, LG has been a bit on the rise, with its own products, too, such as the LG Optimus G, which was basically a Nexus 4 in a different shell, and the Optimus G Pro, which was more of a competitor to the Galaxy Note 2. Now LG expects the next-generation Optimus G2 to increase its sales, when it's launched this fall.

"Whereas our previous concerns mainly revolved around hardware and user experience, with the G2, we tried to concentrate on design and the brand image," said an LG insider.

So it seems LG doesn't just expect the Optimus G2 to increase the sales on its own, but they are actually going to promote it heavily, and try to turn it into a stronger brand, much like Samsung did with the Galaxy S line, as UnwiredView is reporting. But will they be successful?

LG has had a pretty bad image in the smartphone world ever since the LG Optimus 2X, and that image has only started improving again with the arrival of the Nexus 4. It's possible the public wouldn't even notice the LG Optimus G, if it wasn't for the Nexus 4. But a lot of the times when the Nexus 4 came into discussions, so did the Optimus G. With the Nexus 4, people also realized that maybe LG is not so bad, and they can actually make pretty high quality devices.

But now the question is will LG be able to continue riding that wave, now that they said they will stop making Nexus devices? What if the Nexus 4 was actually their "hero" product, that provided a certain aura of quality for their products, but now that they won't have it anymore, people will stop looking at LG's devices?

This will be interesting to see. But if LG plays its cards right, makes a great product for fall, and then does a lot of good marketing for it, then they may be able to ride the wave of success of the Nexus 4 and Optimus G, and make it even more successful. If they manage to make a strong brand out of it, too, then they may be able to continue getting more sales every year with the Optimus G line, just like Samsung did with the Galaxy S line. Making a Nexus 5 would of course make them even more successful, though.