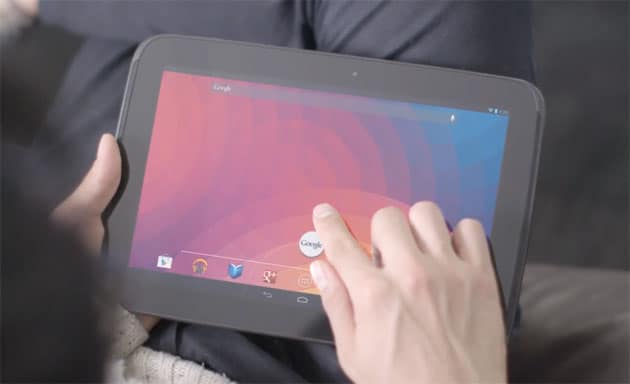 Today, Google held a "small" event in San Francisco where they announced Android 4.3, a new Nexus 7, and Chromecast for those that love Chrome. After the event, WSJ's Amir Efrati spoke with Sundar Pichai who is now head of Android, Chrome and Apps at Google, about the new Nexus 10 which we are expecting to see launch this fall. In the past, Amir has had a pretty good track record with Google news.

Pichai told Efrati that there will be new Google TV devices coming soon and that the Chromecast won't be replacing it. Also there's a new Nexus 10 coming which is being manufactured by Samsung again. It's due to launch this fall. In fact it's being specified as October, along with Android 5.0 which is supposedly Key Lime Pie. We're also looking for the next Nexus 4 or Nexus 5 to be announced at the same time. Which is exactly what happened last year. It makes sense to announce the Nexus 10 and Nexus phone in October and release in November. As that puts both devices on a yearly release cycle.

We've been hearing rumors about Key Lime Pie for close to a year now. And now the rumor mill is going to go into overtime with the Nexus 7 and Android 4.3 now being announced and official. It's time to turn our attention to the Nexus 10, Nexus 4 and Android 5.0 It's going to be a long and bumpy ride from now until October, but we are ready!

Now back to the Google TV news. Google is working on more Google TV devices? But we thought Google TV was dead? Well it looks like Google isn't quite done with Google TV. We're hoping to see some TV's from LG, Samsung and others. So we might have a pretty big event coming in October. Who's excited?

So Key Lime Pie, Nexus 10, Google TV, what else could Google give us later this year? Well like I said the rumor mill is just getting started so sit back and relax and we'll bring you all the rumors as they break.