This must be the year of poorly kept secrets when it comes to smartphones as every single device has leaked out almost completely before announcement. The Samsung Galaxy S4 lasted quite a bit but, images still surfaced a while before the presentation. HTC One, Moto X, LG Optimus G2, the new Droid line, the Sony Honami, Samsung Galaxy S4 Zoom, all of them. So following with that trend, the HTC One Mini was no exception, and after seeing a few images, now we have the full rundown of the device, front and back photos as well as specs, all of them for you to enjoy courtesy of German site AndroidNext.

As you can see, the device is exactly like the HTC One, only smaller obviously, the device should be about 1 cm smaller according to the source of the leak. On the inside, the Mini packs a Qualcomm Snapdragon 400 clocked at 1.4 GHz, 1 GB of RAM, 16 GB of internal storage (only 11.2 GB available to the user), 1280 x 720 display, 1.6 megapixel front-facing camera and the already known “Ultrapixel” rear camera sporting the same 4-megapixels as the full size One. We don’t know if it will have the IR blaster, but being a mid-range device, I wouldn’t count on it.

The software is the same as well, Android 4.2.2 Jelly Bean with Sense 5 on top of it. The original One launched with Android 4.1 but was recently upgraded to 4.2.2 which brought a few fixes to Sense which I expect to be already available on the HTC One Mini, like the ability to re-map the menu button to a capacitive long press to get rid of that pesky menu bar pop-up. 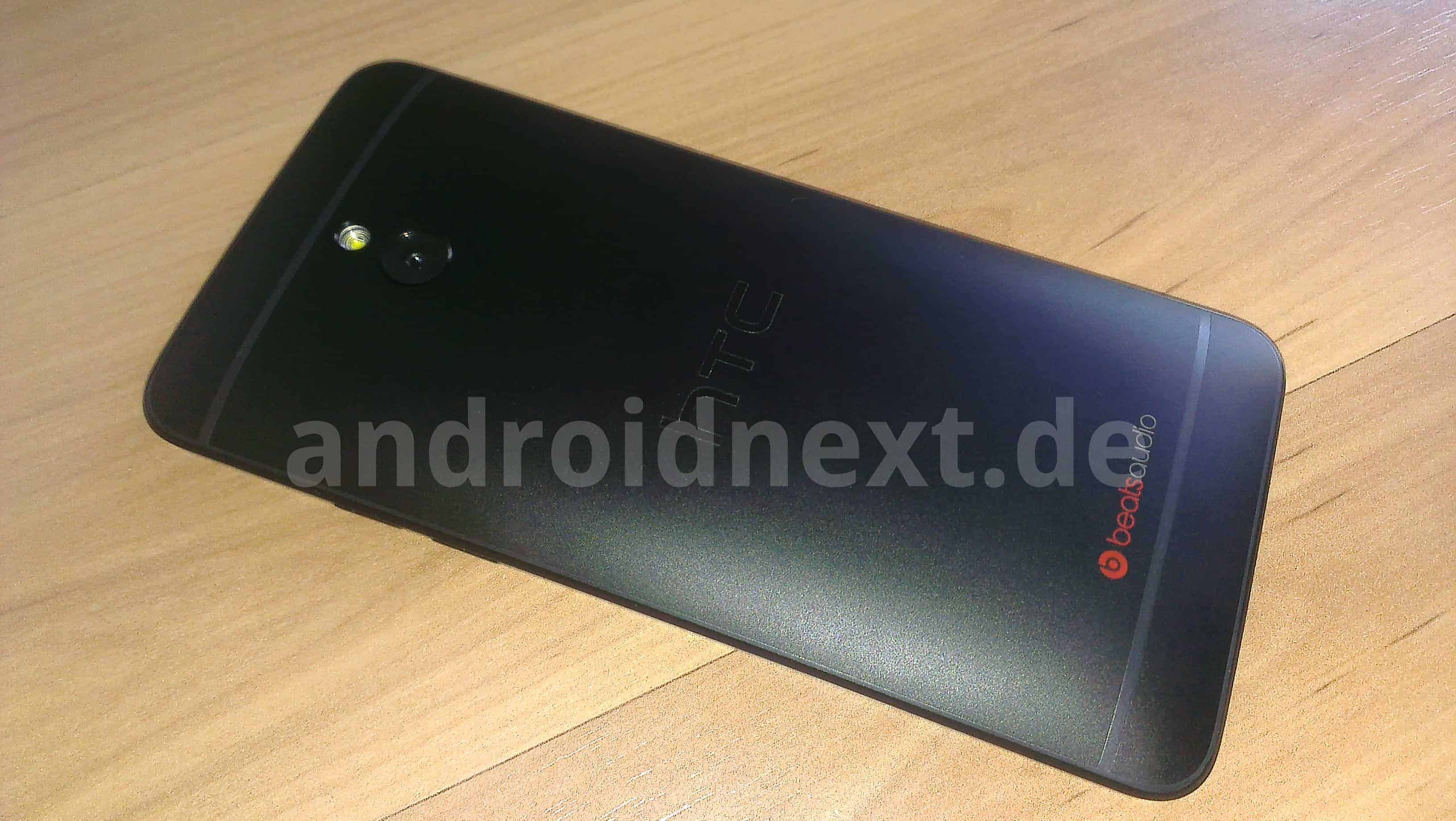 The One Mini should be coming along to replace the already abandoned One S, which has already been confirmed to not receive any more OS updates. The Snapdragon 400 seems to be the processor of choice for every manufacturer for their 2013 mid-rangers, which should suffice for most people with no issues. The differentiator of the One Mini over the rest could be two things. First, the fit & finish, if it’s built like its big brother, it won’t have competition on the hardware side, and second, dual front facing speakers with BoomSound. The One has no competition in sound and the One Mini could be in the same spot among its kind.

According to the leaked information, the device is already being tested by the carriers, so we can expect an announcement not too far away. The rumor is for the HTC One Mini to be launched in early August and the bigger model, the HTC One Max to arrive in September.