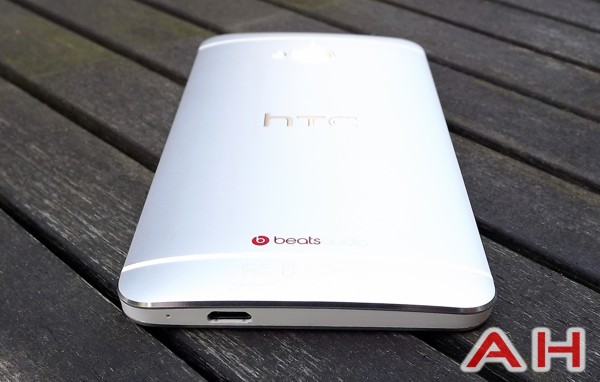 While it seemed like HTC was making a comeback after the initial release of the HTC One, these days things aren't necessarily looking so bright. An analyst recently predicted that sales of the HTC One would slow by 40% in Q3 this year, so you know the company will be looking for new ways of making revenue and getting new handsets out there. The upcoming launch of the HTC One Mini on AT&T is the manufacturer's first step toward launching new phones this year, and the upcoming HTC One Max looks to be the second. While Samsung has eaten up the Phablet market by pushing out a product no one knew they actually wanted until they used it, other manufacturers have sat on the sidelines and watched without much reaction. It seems like there are quite a few out there waking up though, as Sony's Xperia Z Ultra and the upcoming HTC One Max are proving.

HTC is trying something only slightly different with the One Max in that it is rumored to be packing a rather large 6-inch screen. Samsung's Galaxy Note 3 is rumored to come with a 5.7-inch screen, so going bigger in the phablet category at least makes sense to an extent. Many feel that the Sony Xperia Z Ultra might be just a bit too big, so is a device with a 6-inch screen going to be the sweet spot for these larger devices? Remember too, that HTC's new phones come with Boom Sound front-facing speakers that increase sound quality significantly, but also increase the phone size as well. All this adds up to the HTC One Max being even larger than the rumored Galaxy Note 3, but likely not quite in Xperia Z Ultra land.  The One Max will be playing with the big boys this fall too considering the specs:

We can also happily report that the latest rumors are pointing to HTC including an S-Pen type of stylus with the HTC One Max. This is great news for those out there, like myself, who are used to the Galaxy Note but might be considering other upgrade options outside of Samsung this fall. The S-Pen is arguably what makes the Galaxy Note series so special, and is something a few Note-sized devices out there missed the boat on. If you haven't used a Galaxy Note or an S-Pen before, it's more than just an old stylus. It's powered by Wacom technology to give accurate handwriting and drawing recognition with pressure sensitivity, gestures and a button that gives it a secondary input for things like erasing. Here's hoping for the HTC One Max to not just come out with all these goodies, but to make an appearance on another carrier other than AT&T, with @evleaks letting slip that it's headed to Ma Bell, it's beginning to look that way. Exclusives are great when you are on said carrier, but they are rarely ever good for anyone else, much less a manufacturer that has been struggling to stay afloat like HTC.