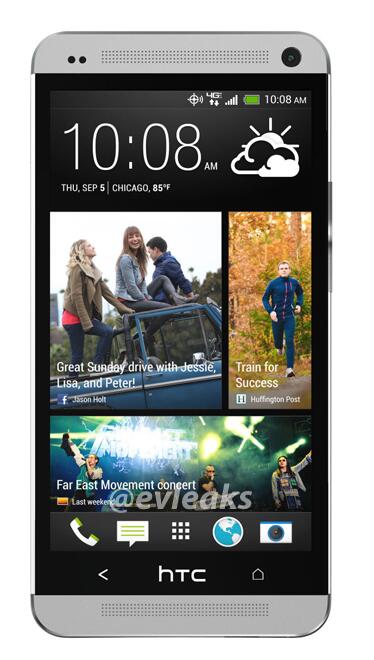 With the Droid DNA having launched on Verizon last Fall, questions started swirling concerning Big Red and HTC's next flagship. Would the carrier stock the device, even though they'd gotten their brand new Droid device? We finally got an answer some time ago and that was "this Summer", the calendar has just ticked into July and finally some sign of life of the One on Verizon has surfaced. Courtesy of the man, the legend that is @evleaks.

With a fairly subtle tweet that simply reads "HTC One, for Verizon" and a link to the image you see above, @evleaks let slip another upcoming product for Verizon. You'll be forgiven for scratching your head and thinking "that HTC One looks like every other…One" because you're right. In fact, the only give away – from the front, at least – that this device is in fact running on Verizon is that unmissable 4G LTE logo in the status bar.

We're a little disappointed that HTC and Verizon couldn't sort out something involving the new "Glamour Red" version of the device but, that'd be a fashion faux pas for the network, carrying the Droid DNA and the HTC One in Red would be a "clash" of color, we suppose. There's only the question of exactly when the One is coming to Verizon but, with the Droid DNA still the crown jewel of the Droid line, we doubt Verizon is in any rush.

Pricing has yet to surface either but, we're sure that Verizon won't be charging any more than any of the other carriers – at least for the handset – and promotional material is more than likely going to leak out any moment. We're very glad that the One on Verizon has kept its identity, just as it has on every other carrier, and we're even happier that something like this hasn't happened again: