Android 4.3 was leaked last week for the Galaxy S4 Google Play Edition. Ever since then, those with the device have been finding various features hidden in the code of the ROM. There’s now a new feature that’s been found in Android 4.3 that will sort your apps and widgets. According to Myce, which is the publication that first leaked, or mentioned the Chromebook Pixel, there are new bits of code pointing to this particular feature in the new Google Launcher Code. This is not available in that leaked Android 4.3 build that’s been going around.

Numerous code snippets indicate that the mobile operating system will count the amount of times an application is started. Due to that it will allow sorting applications by the number of times they are used currently called sort by favorite by the developers.

It appears that it will also be possible to sort widgets this way. The code appeared in a project on the Linux Foundation Labs website where developers of several companies actively contribute to the Android code. 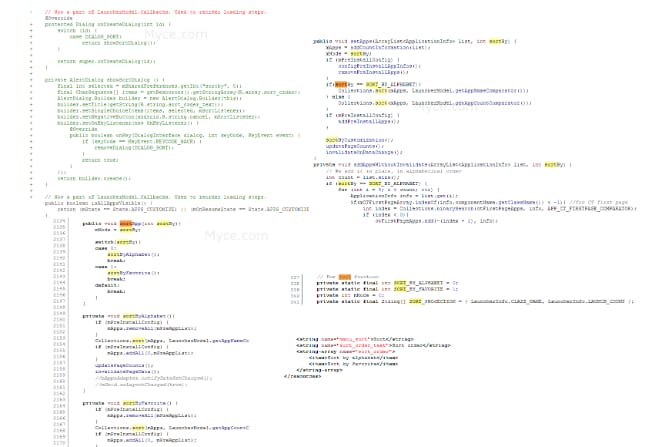 We’ve been seeing rumors, leaks and even traces of Android 4.3 for a few months now. We were expecting to see it shown off at Google I/O back in May. But that did not happen. We also expected to see a new Nexus 7 at Google I/O. Of course, that didn’t happen either. We’re hoping that Google will bring both Android 4.3 and the new Nexus 7 out within the summer. Many of us “geeks” are desperately waiting on some new Android code to play with and some new hardware. Hopefully it won’t be to much longer.

How many of you are anxiously awaiting Android 4.3? Let us know in the comments below.