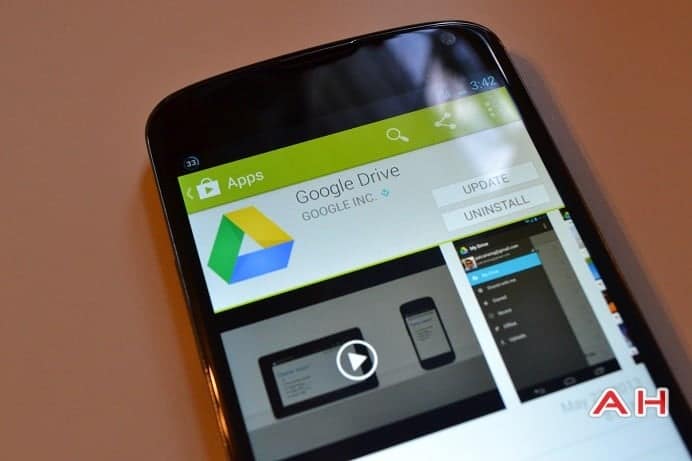 Right now, a very hot topic on everyone's mind is privacy. Especially with the news of the NSA and PRISM. Google has been working to clear its name from the whole NSA scandal. CNET reported today that Google is testing encryption for Drive files that could further keep its users' data protected from prying eyes. CNET also reported that Google is already testing the encryption on some files stored inside Drive. Right now Google doesn't encrypt files stored in the cloud, but they do encrypt files being transferred into drive. So basically when they are being uploaded to Drive they are encrypted, before and after they are not.

Google has begun experimenting with encrypting Google Drive files, a privacy-protective move that could curb attempts by the U.S. and other governments to gain access to users' stored files. Two sources told CNET that the Mountain View, Calif.-based company is actively testing encryption to armor files on its cloud-based file storage and synchronization service. One source who is familiar with the project said a small percentage of Google Drive files is currently encrypted.

Secure encryption of users' private files means that Google would not be able to divulge the contents of stored communications even if NSA submitted a legal order under the Foreign Intelligence Surveillance Act or if police obtained a search warrant for domestic law enforcement purposes.

At this time, Google isn't commenting on the testing, but if they are truly testing encryption (due to all the NSA controversy) then we'd expect a formal announcement coming soon from the Google Drive team. We'll be sure to keep our eyes open for any announcement regarding the new feature.

Encryption is a good feature to be added to Google Drive, especially if Google wants us to use the Cloud exclusively. Which I pretty much do already, except for everything I want encrypted. This is definitely something that Google needs to have for Drive very soon. So hopefully this report is true.

How many of you use the cloud exclusively now? Let us know in the comments below.