A while ago, Google showed off a Chrome remote desktop app, allowing you to take control of a computer or give someone access to yours, most likely to help you out with some IT issue.

Now, it seems that Google is trying to take this feature to Android, which makes sense now that Chrome and Android are both under the management of Sundar Pichai and we know that they want both operating systems to work closely together.

Fran§ois Beaufort, Chromium evangelist for Google, noticed this by digging through the Chromium open source code and took it to Google+ for us to see while at the same time sharing a screenshot of the app installed on his device. 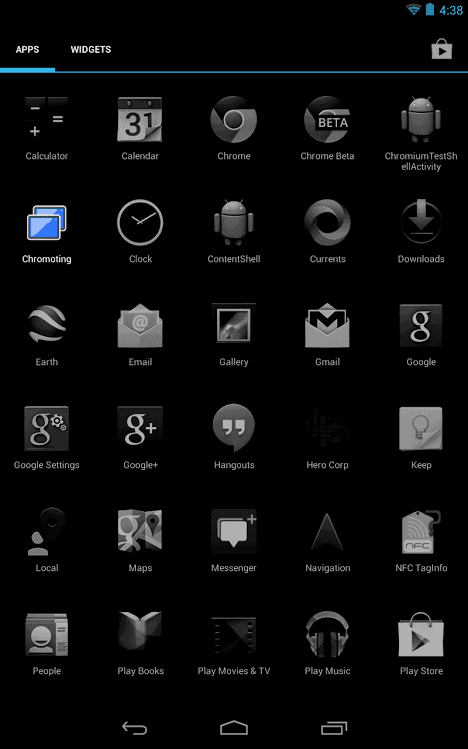 So far the app is useless since it can only do a few things:

While at the same time, having the only two useful features missing, which are “Display the host’s desktop” and “Handle any kind of input”. Basically, the app can only make connections for now but at least we know they’re working on it, and it’s advanced enough to already have an Android app.

Chromoting will be better suited for tablets, simply by the fact of the size but it should work on any device so you can do some IT work on the go.

With these feature, Google is competing with other remote control applications such as LogMeIn or TeamViewer, which are the most common tools for this kind of work. If the app works fast enough and is feature rich, then it might have an edge over the other ones, since it can have internal code for better, faster and more reliable communication between devices.

Beaufort also noted in his post that “the chromium team has just started to build a Chromoting Android app” meaning will definitely see more of these in the future and with the speed the Chrome team usually works, I’m guessing it will be sooner rather than later.