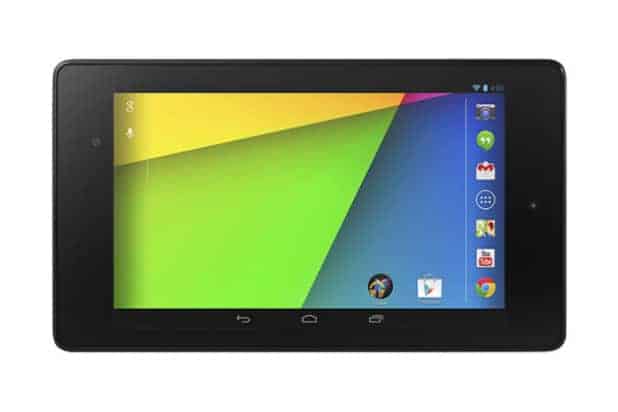 Right now, Google is holding their Breakfast with Sundar event in San Francisco, where they are announcing a ton of great things for Android fans. Hugo Barra has just made the ASUS Google Nexus 7 2013 official. After plenty of leaks, rumors and even some retailers selling it early, we now know exactly what the Nexus 7 packs. As far as the specs go, we’re looking at: 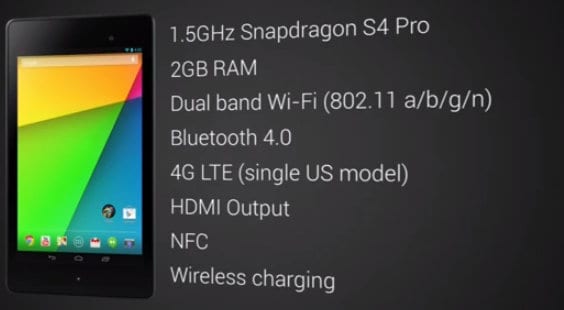 As we posted earlier today, Sam’s Club and Best Buy were selling the device ahead of time online, which now appears to be “Coming Soon” on both sites. The Nexus 7 released last year began the race to the bottom in the tablet world. Google is trying to continue that race with the new Nexus 7, even though they are upping the price to $229 for the entry level model. As usual, Google is touting that the Nexus 7 feels great in the hand, which the old Nexus 7 felt great in your hand as well. It does pack a Snapdragon S4 Pro, which is still a big upgrade over the Tegra 3, but it’s still a bit old compared to the newer chips available like the Snapdragon 600 and 800.

There is a 4G LTE model, which is unlocked and will work on Verizon, AT&T and T-Mobile. There won’t be one device for each carrier. The Nexus 7 packs radios for all three carriers. Which is truly amazing.

The Nexus 7 is on sale for $229 for the 16GB version an $269 for the 32GB version. Many of us had hoped for a 64GB version, and of course there’s no microSD card slot since it is a Nexus and they never have microSD card slots anymore. Even the microSD card on the Google Play Edition Galaxy S4 is almost useless.