Skip to content
Trusted By Millions
Independent, Expert Android News You Can Trust, Since 2010
Publishing More Android Than Anyone Else
13
Today
96
This Week
13
This Month
921
This Year
127029
All Time 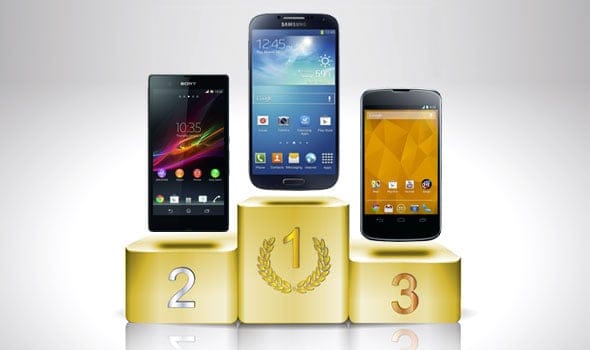 When a new phone is announced or comes out, one of the first things we look for on the spec sheet is the size of the battery. After having smartphones for a few years now, we are pretty much used to how long they last. Which isn’t long at all. Who remembers the old flip phones that would last for days? Now we’re lucky if our smartphone can last the entire day. But our phones can do a whole lot more nowadays.

The folks over at Which? did a battery test where they put together about 7 of the most popular flagship phones. That included the Nokia Lumia 920, Apple’s iPhone 5, Blackberry Z10, HTC One, Google Nexus 4, Sony Xperia Z, and Samsung’s Galaxy S4. Which? tested out the call time, Internet use, and charge time. The Galaxy S4 did pretty well along with the HTC One, which you can see in the images throughout this post.

But they didn’t test the most important aspect of the battery life. And that’s daily use. Not everyone sits on their phone all day in a call. So the 1051 minutes that the Galaxy S4 can take on one charge isn’t really helpful. I wish someone would do a battery test on all these devices with average use. Then again, everyone uses their phone differently.

How please or displeased are you with the battery life on your smartphone? Let us know in the comments below. 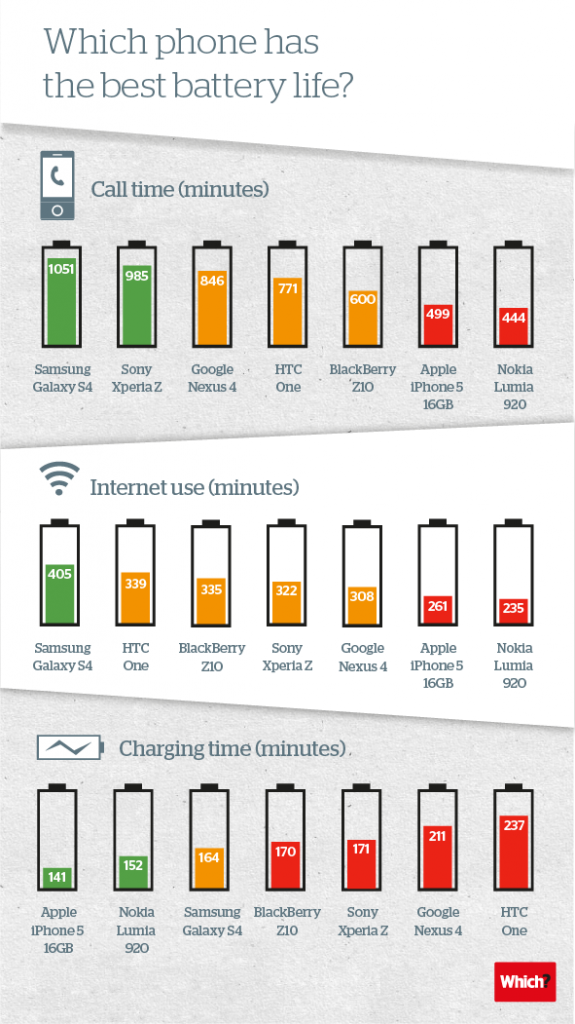