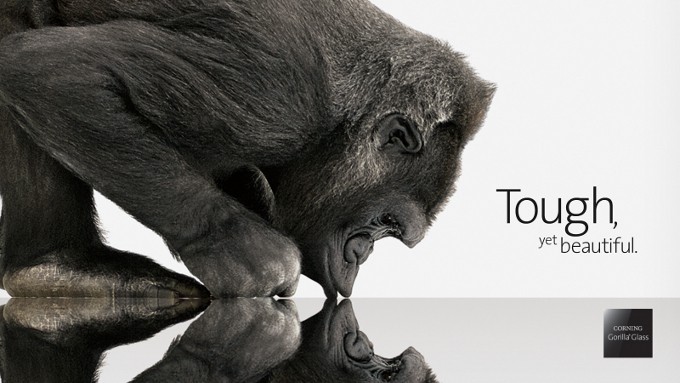 Corning, the company behind Gorilla Glass, has announced that it's working on future versions of Gorilla Glass that will help with the reflectivity of the screens, and help fight against germs on your screen.

Reflectivity makes the screens less clear and less visible in sunlight, and it's one of the biggest problems with mobile screens today. They look amazing inside a room, but terrible in comparison, when taken outside, and that's something the tech industry will need to solve. Fortunately, Corning, historically a very innovative company, has taken upon themselves to solve this issue. A lot of high-end phones use Gorilla Glass screens, so if they solve it, that means you're very likely to find it in your phone of choice in the near future.

Current screens have about 5% reflectivity, which is still a lot, and Corning plans to reduce that number to a percent larger than thin air's reflectivity. See below how the new technology compares to what we have today (the circle area versus the rest of the screen):

That seems very impressive, doesn't it? If they can do that, our smartphones' screens will soon be almost as clear outside, as they are inside.

But Corning also has big plans to fight the bacteria on our screens. You're using your phones all day long, and put your hands all over them, and then you press the phones to your face and ear. That can't be too healthy. Corning plans to kill most of the bacteria on your phone's screen with the new technology: 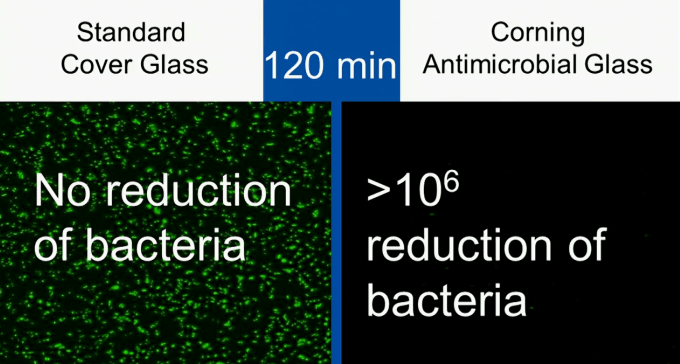 These new technologies should be available "in the next 2 years", and it should help Gorilla Glass remain competitive with other competitors, and other materials such as sapphire. Gorilla Glass 3, which might arrive in some smartphones later this year, should already be much tougher than previous protective screen technology, but I think Corning wants other features for its screens, too, that can more easily stay ahead of competition, such as the ones below: