Even with video games absolutely everywhere these days, there's still some room left for traditional games that have been played for years and years. Gin Rummy, for instance, (also called Rummy or knock rummy) is a traditional game that is well known throughout the world but it is still especially popular in the United States. Gin Rummy is prominently featured in the recent PBS television production of 'The Gin Game' where Dick Van Dyke and Mary Tyler Moore gradually become close companions as they play countless games of gin rummy. Of course, getting out a deck of cards and sitting down with your friends is not really the done thing these days and so this is where Gin Rummy Online comes in, you can play the game and chat online, competing against others. Read on to see if Gin Rummy Online is worth your time.

Description: As with Gin Rummy, the Online version of the game is a card-based game that has you competing against others online to earn points and improve your ranking. If you're unfamiliar with the rules of Gin Rummy, the game itself will tell you how to play. Essentially, all you have to do is to form sets of cards, of either 3 or 4 in a set, these are called melds. They can be formed as sequential cards, such as 7,8,9 of the same suit or just four 10s, for example. If you've ever played the card game, you'll know what to expect here. Thanks to this being online, you can quickly and easily stop or start your game on the go and it works fine over 3G and even 2G networks. Take a look at the quick video below to see more.

How it Works: To get started with Gin Rummy GC Online, you'll have to download the game from the Play Store and then sign-up for a free account. 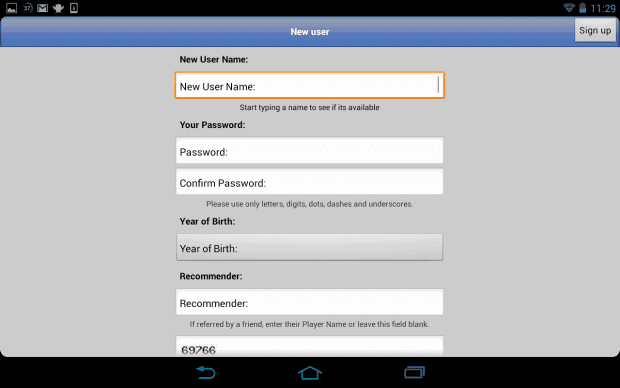 You need to sign up for an account so that you can play online with others. Once you have your account, you can go ahead and take a look at the help pages, perfect for those completely new to the game. 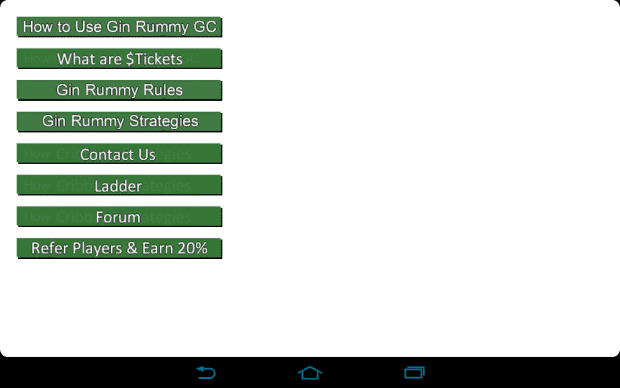 You can take a look at the rules of Gin Rummy, so if you're not sure how to play youc an quickly find out. 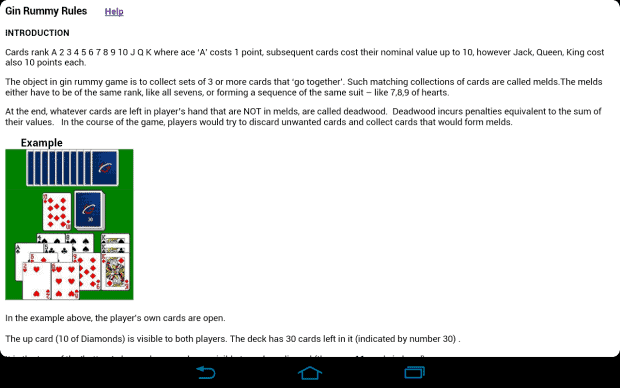 When you're looking for a match, just go ahead and look for a free table and just hit "Play". 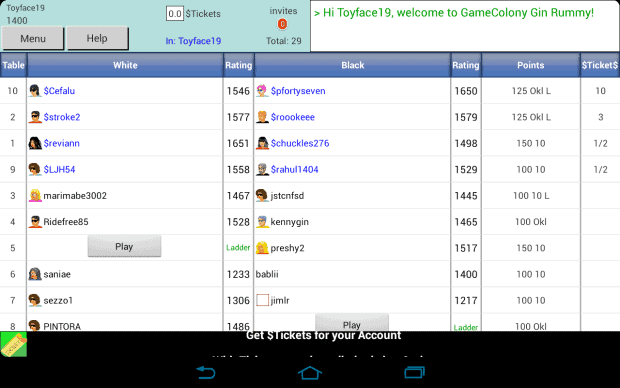 When you're in the game, you'll see your cards that you're dealt with, 10 in total. 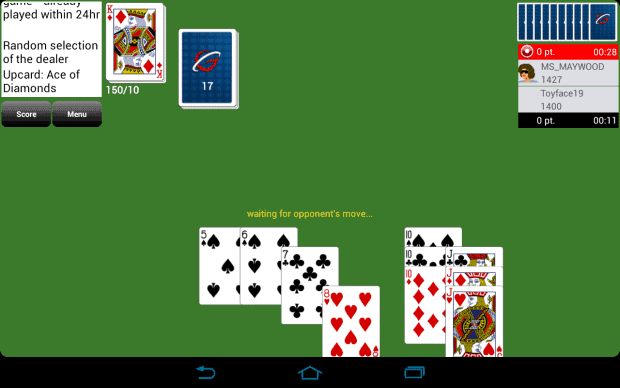 When you have a gin hand, the gameplay will change a little and you'll be awarded some points. 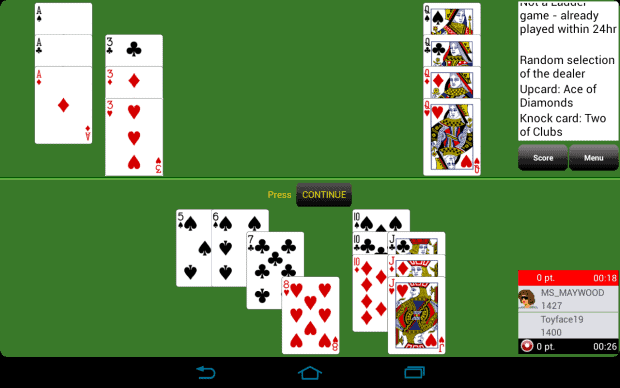 Opinion: I'm a big fan of these card-based games, and I often play with a real deck of cards. However, getting cards out and finding someone to play with can be a little bit of challenge, and there's a good chance some of your friends don't even want to play Gin Rummy. With GC Online though, you can pair up with players that are interested in testing their skill and are up for a good challenge. This is what makes Gin Rummy GC Online appealing to those that are already fans of the game. If you're new to the game, then there's nothing to worry about, as you can quite easily look up the rules and practice online with others. It's a shame the visuals aren't any better here but, everything is easy enough to follow and I had no trouble with it.

Conclusion: Gin Rummy GC Online is a great game for those that are already familiar with the card game, but not so great if you're new to it. The game will tell you the rules and make sure you know how to play but, it'd be nice if there were some sort of tutorial mode or something like that. As for the look and feel for the game, well it does feel a little dated, which is a shame as the gameplay is just fine. If you're looking for a quick and easy game to play online with little to no hassle, then Gin Rummy GC Online is a good option, and won't let you down. You can download the game from the Play Store to start collecting those melds and winning in matches with people across the globe.