Smartphones and tablets are built with all the sensors and peripherals we could have only dreamed of for our Desktop computers just a decade or more ago. Smartphones come with two cameras, high-quality microphones and decent speakers – not to mention high-resolution displays to interact with apps and the internet. It’s the advances in microphones that will interest some more than anything else. Now, it’s possible to record more than adequate audio with the devices we keep in our pockets. Recording something is only half of the story in this digital age and to make the best out of anything, you need powerful tools to help you. Voice PRO is an Android app that’s more a kin to something from the studio. Read on to find out if it can help you make the most of your recordings.

Description: Voice PRO is perhaps the most advanced recording app you can find on Android. It’s main feature is of course, recording audio, which it does so in around 100 formats, and then add real effects to the recording. Not only that but, if you’re looking to sample something you can import from YouTube right on the device, easily share your finished product and get access to a professional UI that is reminiscent of something from the studio. Voice PRO allows you to visualize audio like no other Android app and you can ever record while you’re using another app on the device – like a note app for your guitar or piano! If you’re looking for an app to record and then take back control of your audio, then this is it. Take a look at the trailer below for a quick introduction.

How it Works: To get started with Voice PRO, you’ll need to head on over to the Play Store and download the app. 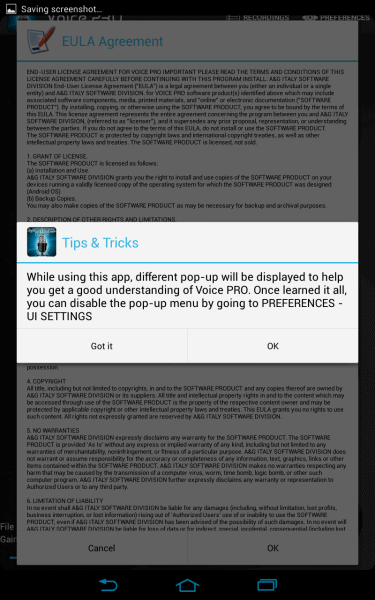 When you first load the app, you’ll be greeted with Tips & Tricks. These are great little pop-ups that will tell you how to get on with the app as you progress through with your recording and edits. To record audio with the app couldn’t be simpler, just hit the big button! 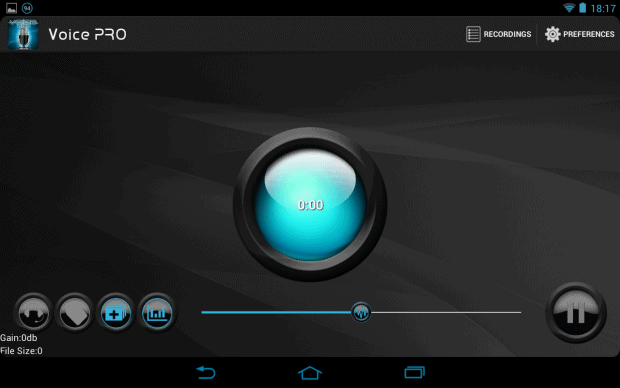 When recording, you’ll see a waveform, as well as the file size as it grows. 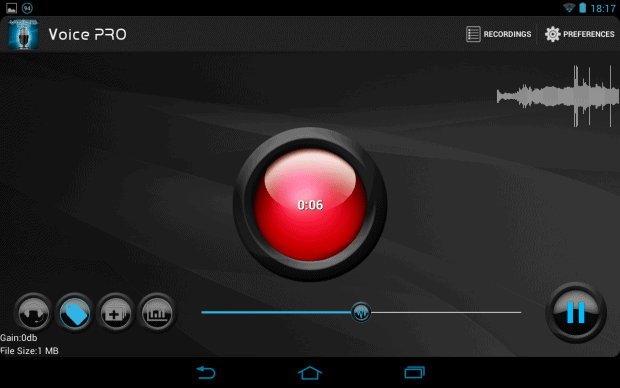 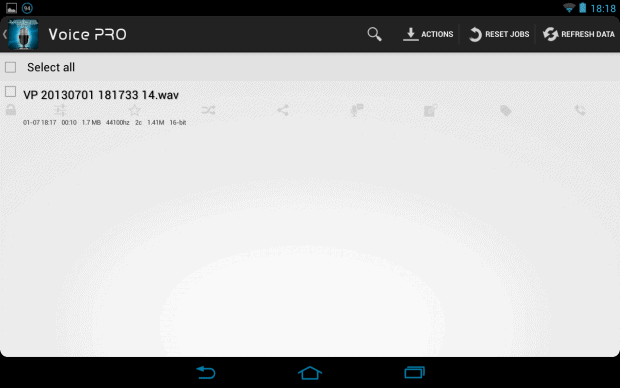 By selecting the recording, you can then adjust a great many things. Such as sharing it or exporting it: 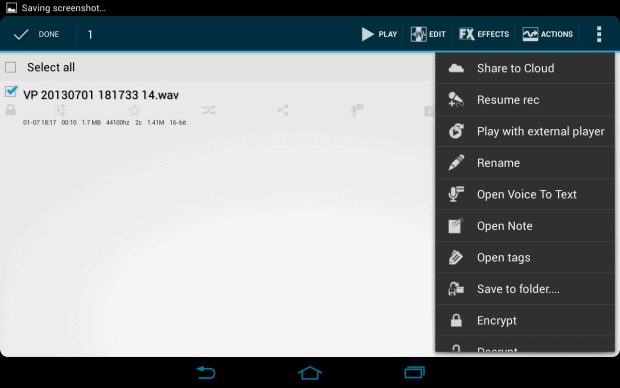 You can also add effects as well – which are all included at no extra cost: 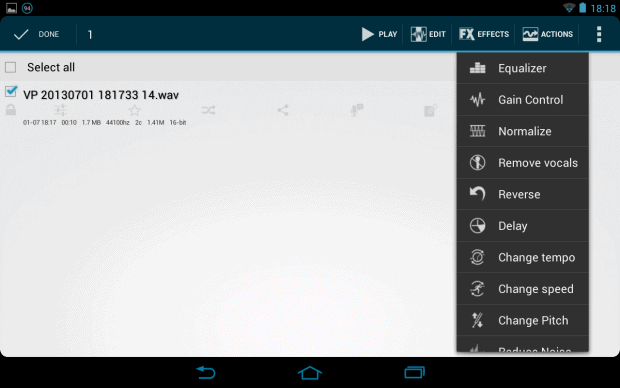 If you want even more granular control you can go ahead and dive right into the file: 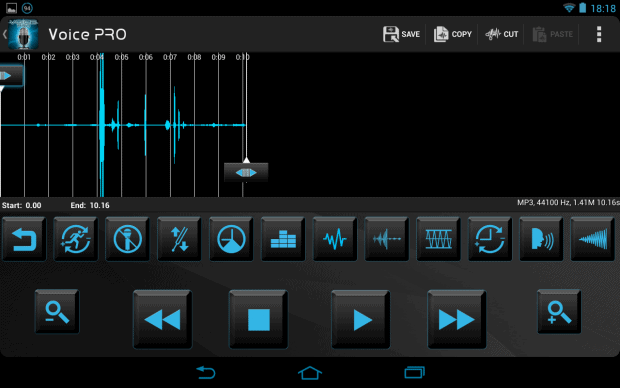 While all these controls don’t mean much to me – I’m more of a photographer than a musician – those who know what they need and what they want from an audio app will go nuts for this sort of control on the go. There’s also a voice-to-text feature as well, which supports an incredible 240 languages, that’s great for lectures and recording your own speeches for different languages – supports infinite file length as well! 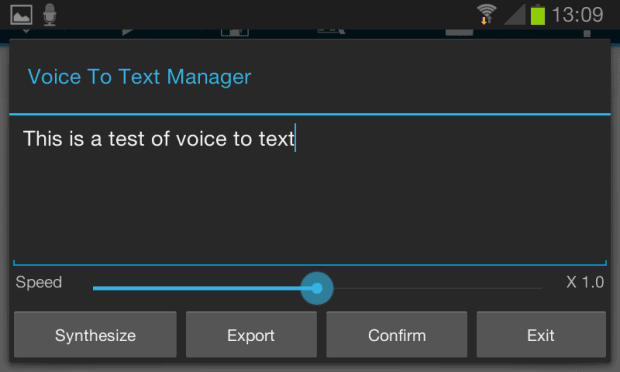 There’s also a call recording feature, which is handy if you’re having meetings with colleagues over the phone. 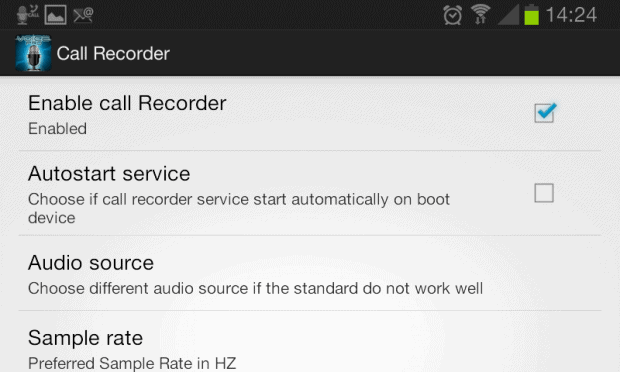 For those that really like to get into the deep, technical side of things, Voice PRO can offer you a Spectrometer: 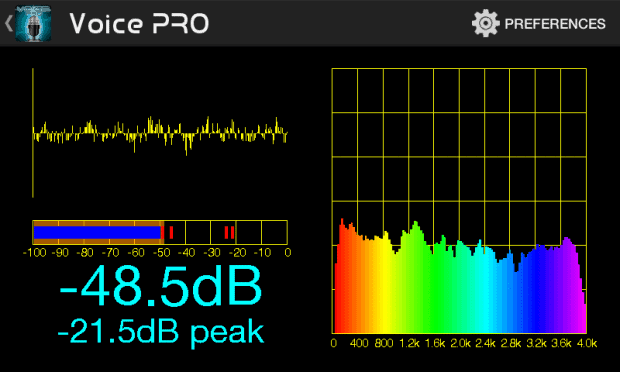 It’s easy to keep on top of your recordings with Voice PRO as well, with the brilliant file manager. 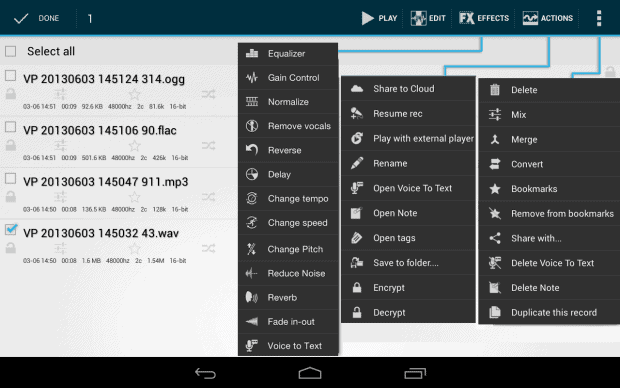 There’s more to Voice PRO than just this though, as you can adjust your cloud settings, connect with the developers and more! Go ahead and try out the app for yourself to see how much help it can be to you! 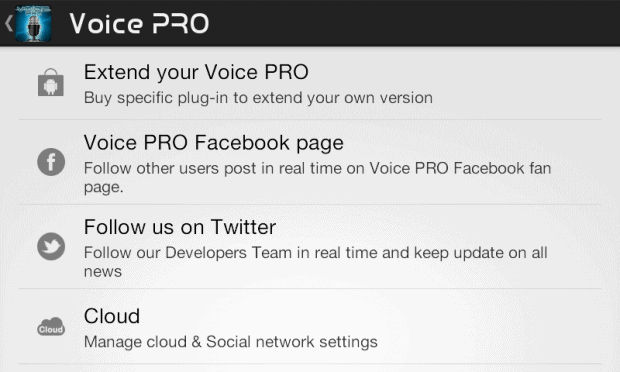 Opinion: Recording audio has a lot more uses than people might first think, sure it’s got a lot of uses for musicians but, I’m no musician and wouldn’t know where to begin. For me though, recording a meeting or something like that has a lot of use and being able to do that while using another app, say my e-mail app or to show off samples is really great. Musicians however, will really love this app as there is just so much on offer here, from effects to a detailed and granular editor there’s little else a budding musician could want! I have a few friends that are always on the look out for an app like this and they gave it a go and said it was a great addition to their mobile studio.

Conclusion: Voice PRO is one of the most comprehensive audio-recording apps that I’ve come across in recent years and even though I’d not likely to use it much, I can see why it’d be so useful to others. For one thing, the amount of formats and effects on offer here make it easy to use the recordings for pretty much anything at all. It might be a costly app but, this is something that gets great results, on the go and without having to read a massive manual beforehand. Songwriters and musicians will absolutely love this, especially if they carry an Android tablet around with them, as Voice PRO pretty much gives them a mobile studio. Go ahead and give the app a go, who knows what uses you might find for it.