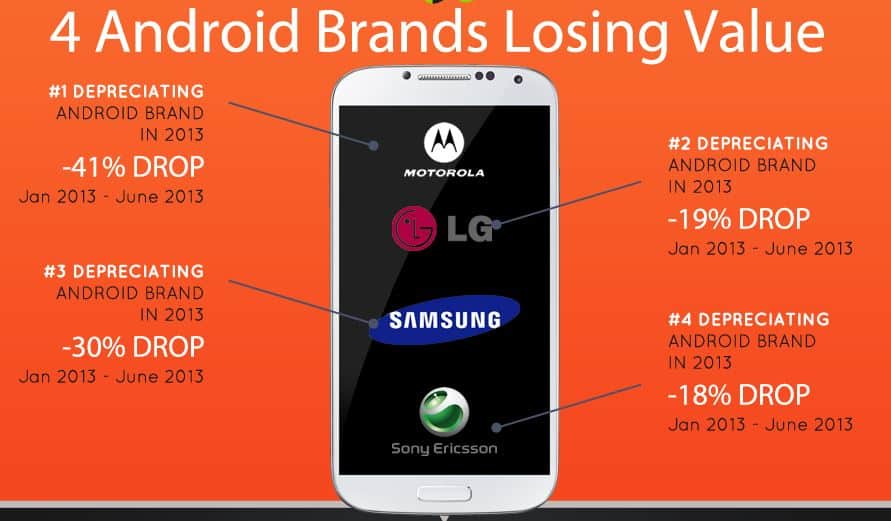 When you purchase a Android smartphone or tablet, there are a lot of things you consider before you make the big decision. For example, which device has the most bang for your buck? Which device performs the best under various conditions? Which device is going to do what you need it to do best?

Surprisingly, one thing many of us don't consider is the actual value of the device and how it can depreciate over time. We really should though, as many of us do this when purchasing a home or a new vehicle. It's especially viable for folks that plan to sell their old device to make an upgrade at some point.

CompareMyMobile.com has provided us an exclusive and charming infographic about the top Android brands that happen to be losing the most value in the market. According to the infographic, the number one depreciating brand on the market currently with a 41% drop in value between January and June, 2013 is Motorola. That really sucks, especially considering I have a Motorola device. Then again, I pretty much knew my handset wasn't going to be worth much some time ago.

Second place goes to LG with a 19% drop in value during that same time period, while Samsung comes in third with a 30% drop in value. Unsurprisingly, Sony is in fourth place with an 18% drop in value. In hindsight, I'm surprised Samsung's devices go down in value so much since they are the top smartphone maker in the industry currently.

The top three brands with trade in market share are Samsung, HTC and Sony, at 19%, 8% and 5% respectively. To reiterate, those are the top brands that are traded in when consumers make an upgrade.

As for the top depreciating devices, most of them are either older handsets or mid-level devices and lower. 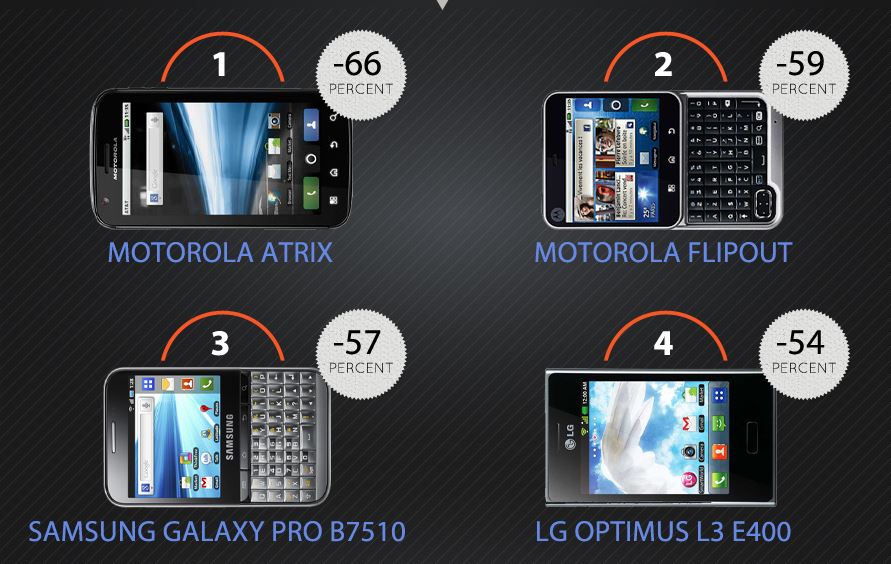 The top four depreciating tablets include the Motorola Xoom 2, Sony Tablet S, Samsung Galaxy Note 10.1 and the Dell Streak. All of which have close to a 40% decrease in value.

The data was collected from the list of the top 100 most popular Android phones on the market, and the depreciation value was calculated by comparing each devices top market value with its current value. The price information was actually gathered from more than 30 gadget recycling firms in the UK, and the feeds are updated every 15 minutes. You could say this information is indicative of the European market, but there's no reason why it wouldn't hold true elsewhere. Though it would be nice to see how some of the popular devices in the US stack up to these numbers.

What do you think of these stats? Are you surprised that Motorola is the number one brand losing value?

Check out the full infographic below.