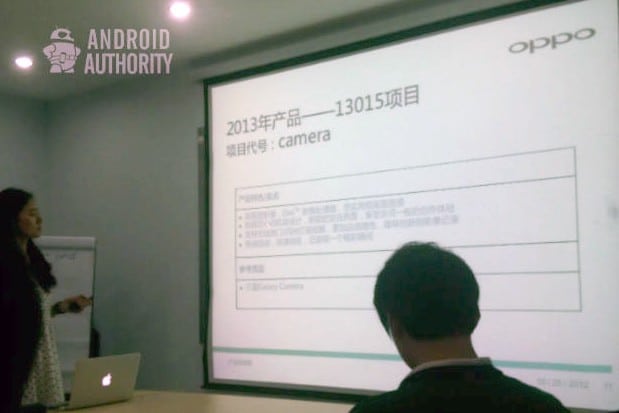 Earlier this month, we learned that Oppo might be jumping into making a camera-centric device. Today, it has been confirmed, at least according to Engadget. A company representative confirmed to Engadget that the name of Oppo's new product line is the N-Lens. The focus is going to be on photography of course. It'll also be the "mot important flagship series for Oppo going forward." On the bright side, the cellular portion is staying. Which means these new N-Lens devices will be connected. Although we aren't sure if you'll be able to make phone calls on them, but with the rise of VoIP services and less and less phone calls being made. The ability to make phones calls will probably matter less and less in the coming years, as long as it can connect t 3G, and LTE and whatever is next for mobile networks in the future.

We haven't learned any new details other than what we learned earlier this month in the fact that it'll be high resolution and take amazing low-light pictures. You can also see in the slide above, obtained by Android Authority, where the company refers to the "Samsung Galaxy Camera". So it looks very likely that Oppo is looking to ride this wave that Samsung has started with Android-powered cameras. First there was the Galaxy Camera released last year. Then the Galaxy NX Camera which is a mirror-less camera with interchangeable lens and now the Galaxy S4 Zoom. Which is more or less a 16MP point-and-shoot with the Galaxy S4 form factor and features.

It looks like the next evolution in mobile technology is camera tech. Which is great and all, but I'd much rather them focus on battery life and performance first. I'm sure I'm not alone in that. Don't get me wrong, I'd love to have an amazing camera on my phone, that way I don't have to carry my DSLR if I want to take great pictures.