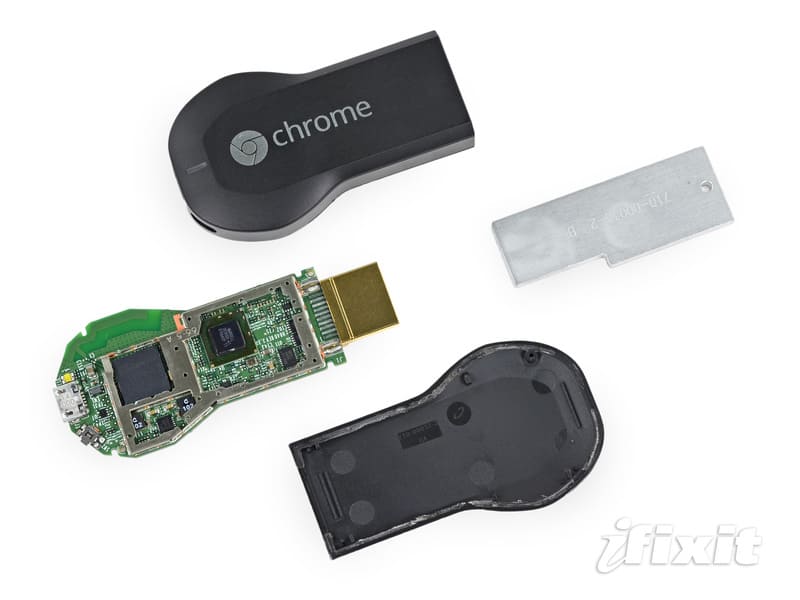 The guys at iFixit don’t like to wait, the new Nexus 7 and the Chromecast haven’t been out for even a week and they already got the teardown treatment. Let’s take a look at what they found inside Google’s TV streaming solution.

The device is pretty small, being just an HDMI dongle barely bigger than a USB pendrive, so we already knew there wasn’t going to be room for too much stuff to the point that iFixit decided skipping their repairability scoring system because the they said that “there’s just nothing in it to repair”. Inside you’ll only find two things, a motherboard with all the necessary circuitry and a huge aluminum heatsink. Huge not by size but in proportion to the size of the device, having almost the size of the whole motherboard.

If you want to crack it open, there’s only 8 steps to follow, but there’s no need for you to do that, because iFixit has pictures of the whole process as always, so you can check them out. 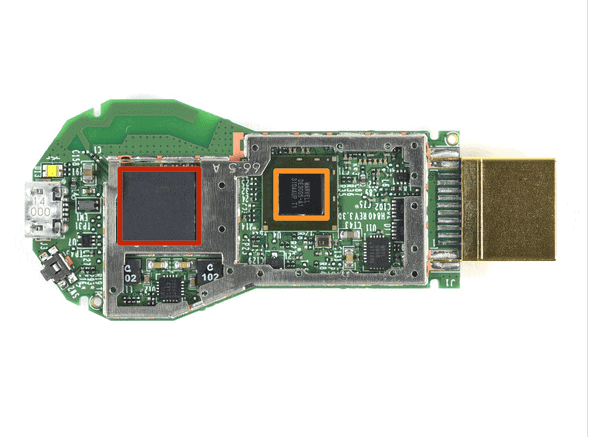 There’s one funny thing about the Chromecast’s hardware design and that is the model number, H2G2-42, is a reference to Hitchhikers Guide to the Galaxy and the answer to the ultimate question: 42. If you haven’t seen the movie or read the book, go ahead, you’re in for a treat.

Google announced the Chromecast earlier this week along Android 4.3 and the new Nexus 7 in a presentation hosted by Android and Chrome chief Sundar Pichai with part of it given by Android VP Hugo Barra. Chromecast is Google intent to solve the streaming issue most houses have, even with today’s services, streaming movies, tv shows, music or even pictures from any device to a TV was a hassle, with Chromecast, you just plug it in and you can stream content from different services to it without issues and your device is not tied to the streaming solution so you can keep using it. At launch, the only services available to cast are Google Play Music, Google Play Movies & TV, Netflix and any Chrome tab through an experimental extension. More services are coming in the future and we know that Hulu is already working with Google to give consumers a solution for Hulu Plus.