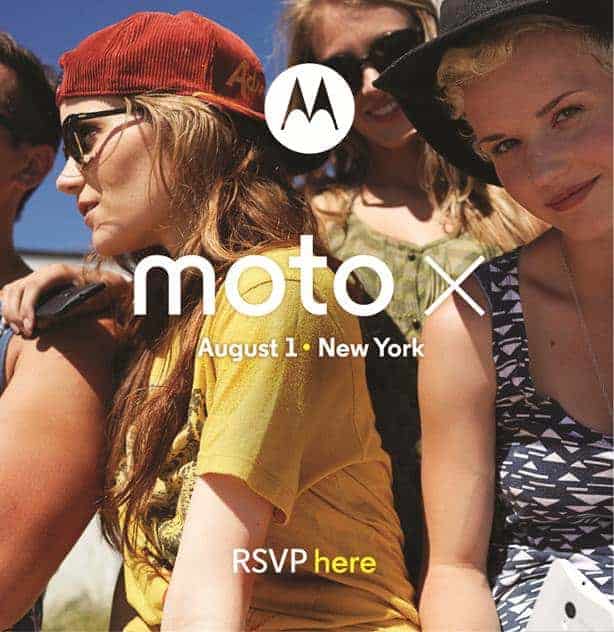 Motorola has just sent an invite over to our inbox for an event on August 1st. Which you can see the invite above. It appears that Motorola is getting ready to finally announce the Moto X on August 1st. Which sounds pretty good, especially since the leaks and rumors we've seen point towards a late August launch. US Cellular is set to launch on August 26th and Verizon on August 23rd. We don't know about the other carriers. So August 1st appears to be the date.. So make sure you tune into Android Headlines for all the coverage about the Moto X. The Moto X is said to be a Rogers exclusive up in Canada but it will be available on just about every carrier here in the US.

This makes for a busy next couple of weeks. Next week we have Verizon on Tuesday announcing the new Droid lineup, then Google on Wednesday hopefully announcing Android 4.3 and the new Nexus 7. Then the week after we have Motorola and what we believe is the Moto X, then the week after Motorola we have LG announcing the LG G2. So we've got lots of goodies being announced within the next 3 weeks. Hopefully your "next" phone will be announced sometime soon. It looks like everyone is trying to beat Samsung to their Galaxy Note 3 announcement, which is a good thing. We all know Samsung is going to have a ton of spotlight and space on the shelves in the carrier and retail stores as always.

How many of you are excited about finally being introduced to the Moto X on August 1st? Let us know in the comments below what you think about the device and if it'll be your next phone.